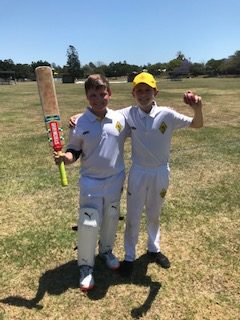 After two weeks of washouts, round three was the first round with no rain and in the Stage 2 Advanced competition the Wests Stars managed to get their first full game of cricket in and notch up their first win of the season.

After winning the toss and electing to bat the Stars found themselves in a lot of trouble at 7-89 but, in true fighting style, Mitchell Harte stepped up and peeled off his first half century for the season with a fine innings of 52. He was well supported at the other end by Cameron Lossberg who hit 21 off 37 and Callum Pamenter, 22no off 35. At the end of 30 overs Wests Stars managed to set University a very respectable 163 to chase.

University’s run chase didn’t get off to the start they would have liked with Charlie Wehl taking an absolute screamer off the bowling of Tim Richardson to have Uni 1 – 2 but, it was the Captain Eddie Willimott who ripped through the visitors line up, finishing with career best figures of 5 – 6 off 3 overs. Hamish Wormwell and Mitchell Harte also contributed with the ball, both finishing with figures of 1 – 2 off 2.

With ball in hand the Wests Stars ended up bowling University all out for 87.  Another great win for the boys and a big congratulations to Mitch Harte on his half century and to Eddie Willimott for his first 5 wicket haul for the Stars. 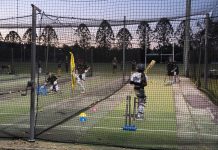 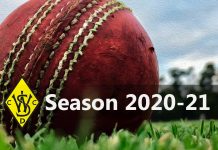 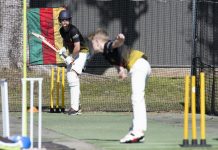 Academy squads get under way