Wests first grade women’s team posted a strong win over Valleys this weekend, and the seconds played a stoic game against the ladder-leading UQ team. Our teams were severely depleted due to players being unavailable due to injury and rep duties this weekend, so the great results were a fantastic effort.

After a difficult start to the one day part of the season, Wests first grade women put a big eight wicket win on the board over Valleys.

Wests started well with three quick wickets. Valleys resisted for the fourth and final wickets, but were eventually dismissed for 127 in the final over. Sam Dixon took four wickets and Megan Dixon (at an economy rate of just 1.2!) and Kathleen Mallyon took two each.

Wests made a solid start with a partnership of 47 for the first wicket between Megan Dixon and Tammy Cole before Megan went for 27. Tammy (55no) and Annie Wikman (20) took them home in the 28th over for the loss of only two wickets.

Congratulations ladies on a great first win for the season in the 50 over format.

The second grade girls fronted up against the table-leading UQ team with a number of players having moved up to first grade for the week. Wests batted first and Isabel Goffage top scored with 26. Scarlett Varidel anchored the innings batting at four with a determined 18 off 98 balls, showing exemplary tenacity for a twelve-year-old and fine defensive technique! The girls accumulated a total of 125.

Wests followed up with some solid bowling but were only able to take one wicket, which fell to Scarlett Varidel.

All up, this was a promising performance by the Wests girls against a strong opponent. 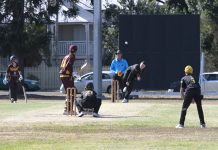 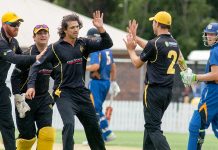 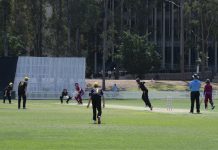