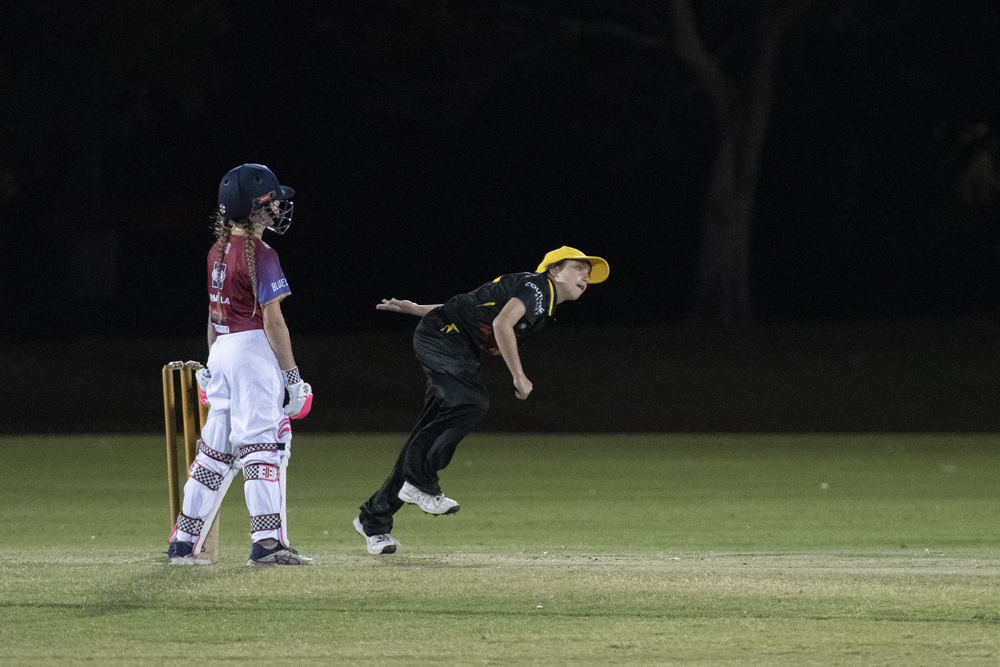 Wests girls teams competing in the Chelmer Girls Cricket Challenge have powered through another successful weekend of fixtures with two more T20 wins to the Harriers and the Falcons and a strong but uncompleted game for the Avocets.

Avocets faced Moggill for round 2 with Moggill batting 1st posting a competitive 79 runs from their 20 overs. Lucia Nearhos and Lily Killeen both bagged 2 wickets for the Avocets.Wests run chase was on in earnest with Arabella Simpson leading the way with 4 consecutive 4s before bad light stopped play in the 16th over.

Round 2 saw the Falcons take on Kenmore.  Wests won the toss and chose to bat.  All the girls batted well, setting a good score.  Our bowlers again showed great sportsmanship by adjusting their bowling to suit the batsmen.  Even though it was a convincing win to us, an enjoyable game was had by all.

Last Friday the West’s Harriers Girls team had a blast of a game under lights at Chelmer. It was a huge win for the girls as they took on the UQ team. All of the girls put in so much effort and played really well to take them onto the win.

Chasing 27, the Harriers started with a bang from Holly and Luci who commenced the Harriers innings which finished on 113 runs.