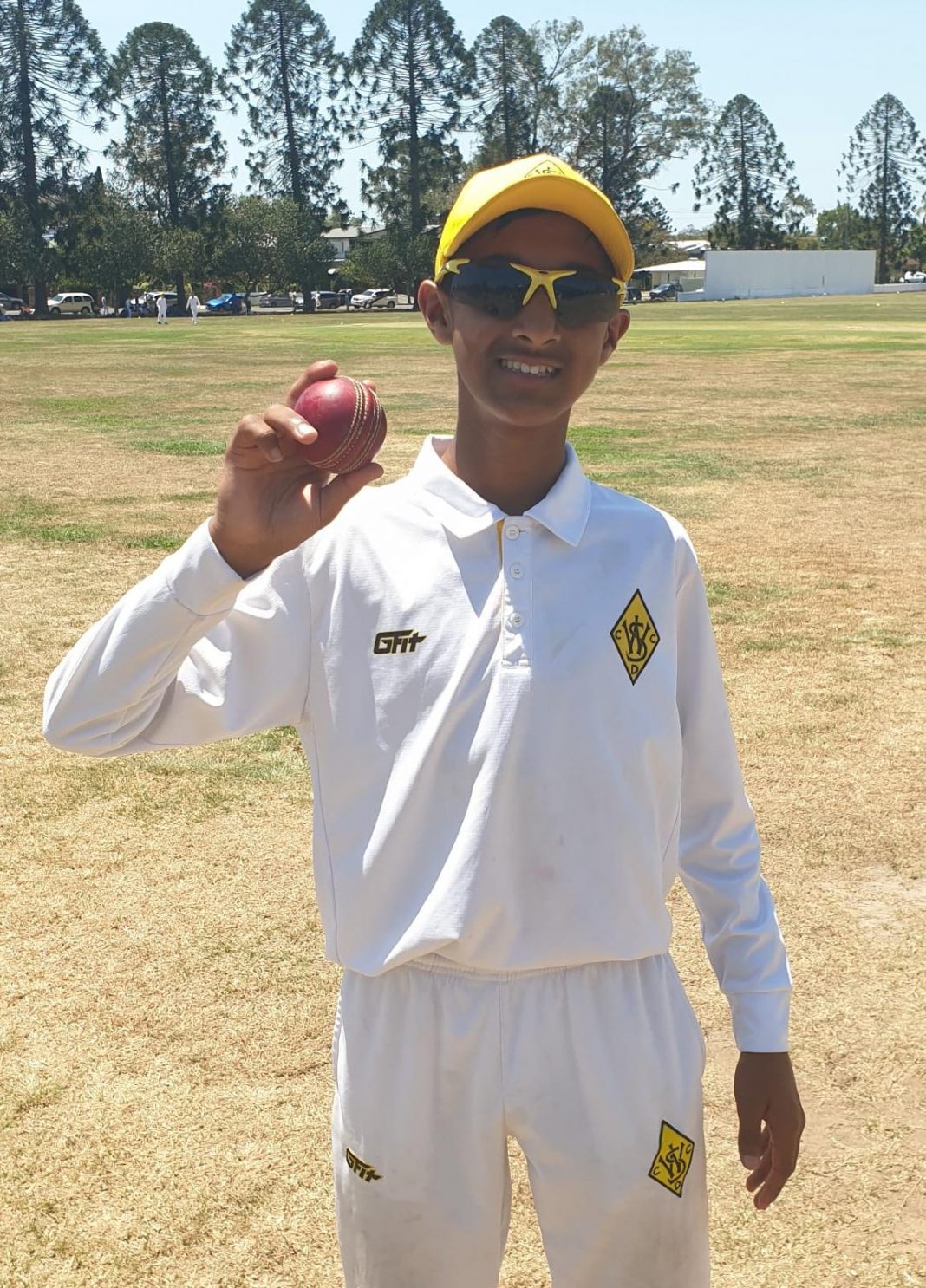 The game on 26th of October on Graceville 2 was between two Wests’ sides: Thunder and Bulldogs, playing in the MSW Shield. Thunder won the toss and invited Bulldogs to bat. Bulldogs were in trouble early as Josh Lossberg took 3 wickets, and with the loss of two more wickets Bulldogs were reduced to 5/33 at the end of 10 overs. Daniel Skipwith (solid with the bat again) and Tom Gillett steadied the innings and added 55 runs in the next 8 overs. In the last 7 overs Bulldogs added 38 runs and lost four more wickets to finish the innings at 9/126 off 25 overs.

Best batting for Bulldogs was Daniel Skipwith 43* and Tom Gillett 31. Best bowling for Thunder was Josh Lossberg 3 for 24 (5 overs).

Tom and Aadeesh opened the bowling for Bulldogs and reduced Thunder to 5/30 at the end of 6 overs. Aadeesh, in particular, ripped through the Thunder’s top order and took 4 wickets in his opening spell of three overs. He also took a good catch at fine leg. Thunder were 7/44 at the end of 10 overs. Henry Benjamin and Will Pamenter steadied the innings for Thunder and took the score to 91 at the end of 20 overs. With 36 required off the last 5 overs, Bulldogs brought back their strike bowlers. Aadeesh added another wicket to his tally to get a 5-fer, and effected a run out too. Thunder finished at 9/105 off 25 overs and Bulldogs won the game by 21 runs.

Best bowling for Bulldogs was Aadeesh Singhal 5 for 24 (5 overs). Best batting for Thunder was Henry Benjamin 29.

Congratulations to Aadeesh Singhal on a 5-fer and contributing to a total of 7 dismissals for the team!