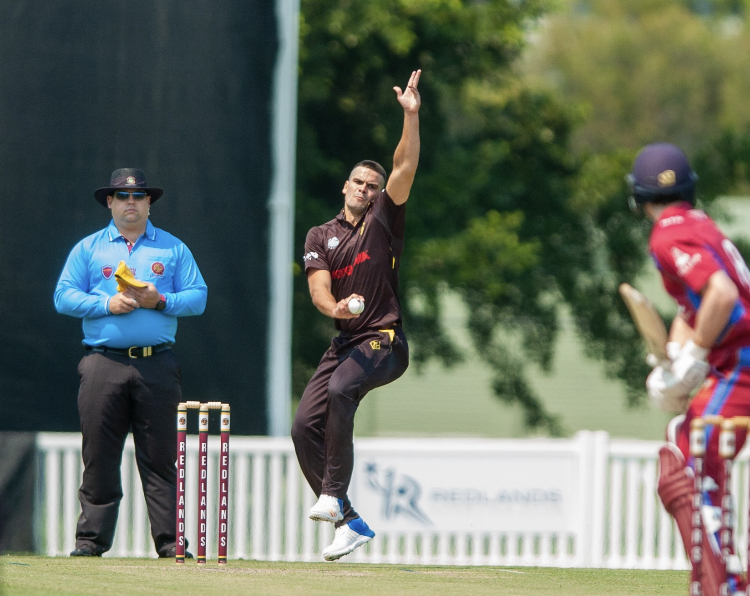 Wests’ fast bowler Blake Edwards has been selected to make his first class and Sheffield Shield debut next week for the Queensland Bulls when they take on Victoria at the MCG.

Blake played a leading role in the Queensland Academy of Sport’s Toyota 2nd XI Cup win over Tasmania in Hobart this week. He picked up 3-43 from 18 overs in the first innings of that game which QAS won outright by seven wickets.

He is a former Queensland and Australian Under-19 player and represented the Prime Minster’s XI last summer in a one-day game against South Africa in Canberra.

Blake began his playing career at Wests as an U10, progressed through Lords Taverners and first grade at Wests to these representative caps.

Congratulations Blake on a fantastic achievement!