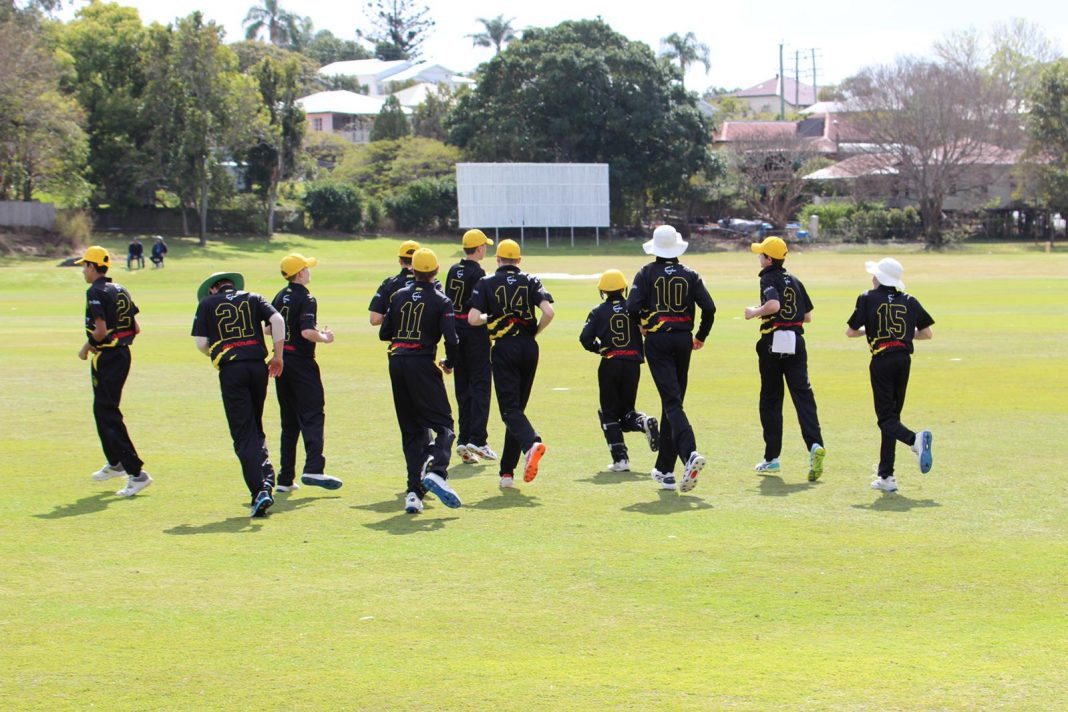 Wests played UQ in a home game played at Souths on Sunday. Much like last year, Wests lost the toss and were sent into the field. UQ got off to a positive start getting to 0-32 before Tom Stevenson struck in his first over.  A few overs later Darcy Graham and Toby Matthews completed a clinical run out to leave UQ 2-36 after 11 overs.

UQ then began building a partnership reaching drinks still only two down for 58 runs. The dogs would have to wait another few overs before their next wicket, Sujal Raiyani running out UQ’s dangerous number three with the score then 3-84. However, UQ began building a partnership. The score was 3-154 before Curtis Beevers struck an over before drinks. UQ would eventually finish their innings at 9-234 after 50 overs. The pick of the bowlers being Lachlan Holmes (3-18 off 4) and Jack Sonter (2-32 off 7.)

The batting was rocked due to the early loss of Darcy Graham for 1 in the third over. UQ would have to wait another nine overs for their next wicket, Daniel Skipwith gone for 4. This brought Jack Sonter to the crease, the Wests number 4 played classily for his 57 off 70 deliveries. He was eventually caught looking to up the tempo. Wests fell 58 runs short of the target. Jack Sonter (57 off 70) and Sujal Raiyani (22 off 76) were the top scorers of the day.

Wests face Wide Bay at Graceville on Sunday and will be looking to put their first win on the board for 2020.