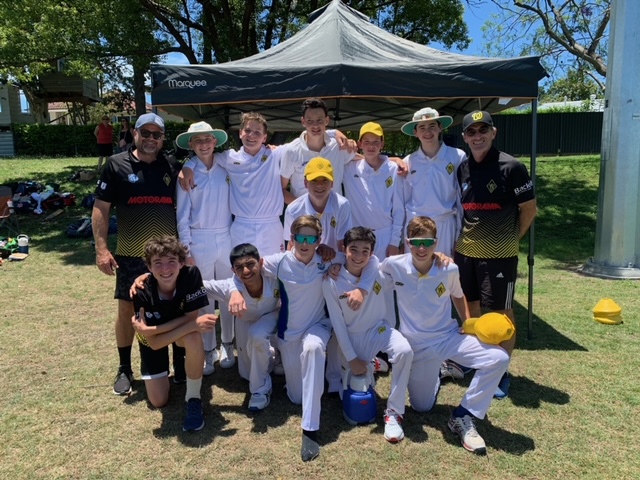 It’s been a challenging season for the MSW Shield Wests Stars this year. They lost two players very early in the season and were staring down the barrel of having to play with 9 players each week. That didn’t deter them from getting out there every Saturday and giving it their all, each week with a fill in player or two from other Wests teams.

Last Saturday was about to be the turning point in their season when they took on ATC Middle Blue in their Round 7 match of the MSW Shield competition – hoping for their first win of the season.

Wests won the toss and elected to put ATC in to bat. In a fine display of tight bowling the Stars kept ATC to 128 runs off their 30 overs. Standout bowler was James Hockey with 4 overs, 1 maiden, 2/16. Great wicket keeping by Tom Le Flay with a catch and a run out. The boys embraced the run chase with Sam Slatter (29) top scorer and winning run hitter. CJ Hill (23) and William Crossley (22) also batted well – contributing to the winning score of 142.  An all round great team performance.