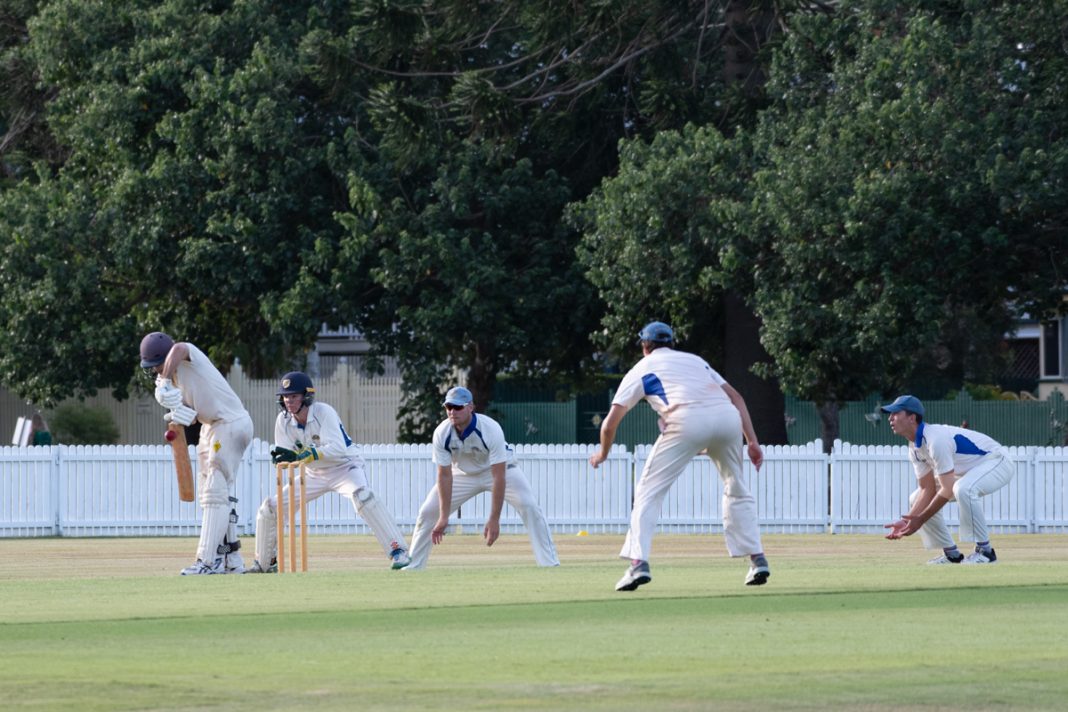 1st grade had an uphill battle over the weekend against Sandgate after only posting 224, but the bulldogs started well with the ball with star quick Brendan Doggett removing qld bulls opener Bryce Street caught behind for just 4 to make the perfect start. Allrounder McGiffin continued his good form with the ball snaring other opener Simmers for 19 caught behind and when Blake Edwards claimed Corey Barsby caught at point Sandgate were 3 – 70. Doggett was then brought back into the attack and made an immediate impact snaring Charlie Hemphrey caught behind for to have Sandgate 4 – 82. Number 3 Lachlan Thompson was standing strong at the other end passing 50, but when LAscu was removed by Paddy Dooley west were ahead of the game. But a 56 run partnership between Thompson and number 8 Josh Connolly got Sandgate closer to the total when Connolly was clean bowled by Doggett for 30. Finally Thompson was removed by Edwards for a well made 126 with Sandgate requiring 6 runs with 2 wickets in hand, then next ball Abby was removed to leave Edwards on a hatrick and Sandgate still requiring 6 runs, an edge down to third man eventually got Sandgate over the line. 1st grade now slip from 4th to 7th due to the congestion mid table, still well an truly with a shot a finals.

2nd grade were in the box seat going into day two at GMP1 after being 5 – 90 over night chasing 119, a staggering collapse saw wests come up 1 run short with wests losing 4 for 5 to end the match.

3rd grade secured a 31 run victory over Redlands defending 218, Luke Thompson continued his great form with the ball taking 4 – 42 and was well assisted by Nathan Kerr 3 – 59 and Will Dooley 2 – 40.

6th grade unfortunately went down to Redlands after Redlands ran down wests total of 170.