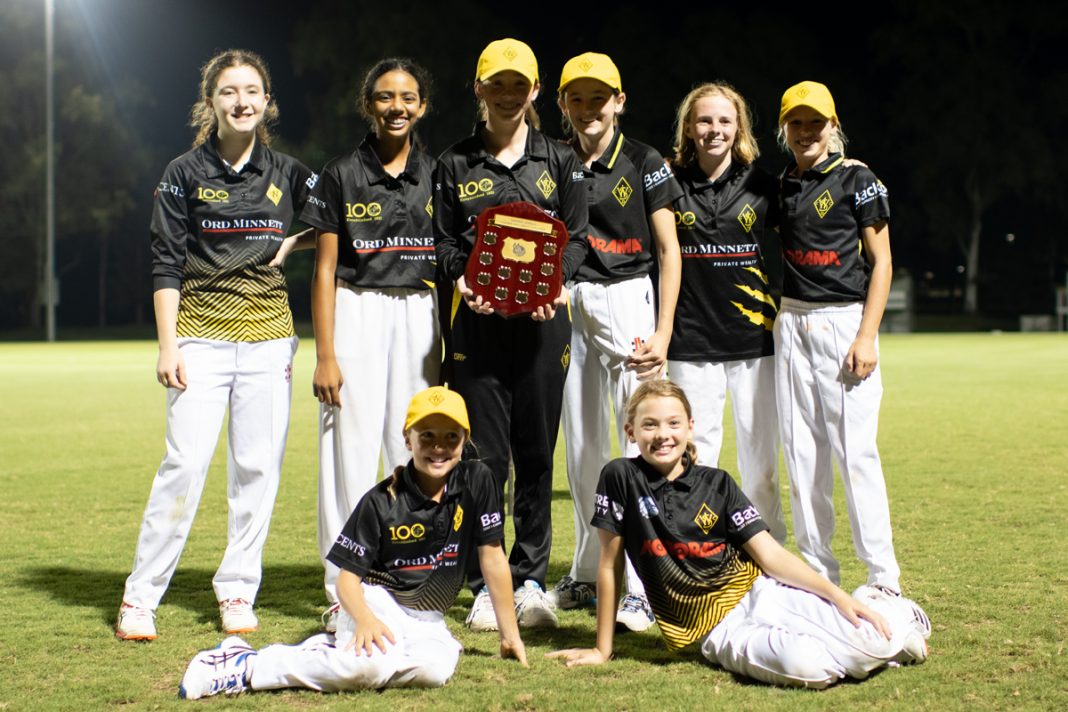 Two Wests teams duked it out in the inaugural final for the Harris Shield at Chelmer Sports Ground this weekend with the Harriers narrowly overcoming an intense effort by the Ospreys. The game went right down to the wire with wickets and big shots a-plenty and high tension right up until the last ball!

The Harris Shield was initiated this season as the leading competition in the MSW region for U15 girls. Named in honour of Queensland players Grace and Laura Harris, the Harris Shield competition grew out of the highly successful Kirby Short Cup, which is in its third year and this season moved to be an U18 competition and included teams outside the MSW area for the first time. The shield has been strongly contested in it’s opening year with a number of regional and state-level representative players in the mix.

In the final, the Ospreys batted first and put on 5/112 from their 20 overs with Olivia Totten top scoring with a characteristically powerful 45 from 38 balls and Ospreys captain Sofie Martin making 26*. Tanvi Aiyar snared two wickets and Holly Walker, Georgia Black and Chloe Duce all taking one apiece.

The Harriers innings started slowly in the face of the Ospreys disciplined bowling and high-intensity fielding, but gradually picked up pace despite the attentions of Lacey Kennedy who took three middle order wickets in four balls and finished with four poles overall. Harriers bats Scarlett Varidel (18) and Tanvi Aiyar (21) made important contributions in the top order, but No.4 Chloe was the star of the Harriers’ show, striking and undefeated 30 off 28 balls and taking the Harriers home with just one ball to spare! Mia Baker took two wickets and Sophie Martin took one, with the two of them anchoring the Ospreys bowling effort.

Unfortunately the Harris sisters Grace and Laura weren’t able to make it on the night to present their shield to the winners (for some reason playing for the Queensland Fire in Tasmania took priority!!), but in their absence Wests women’s cricket manager George Seaward did a fine job making the presentation to Harriers captain Scarlett Varidel.

Congratulations girls on a great season and a final to remember!