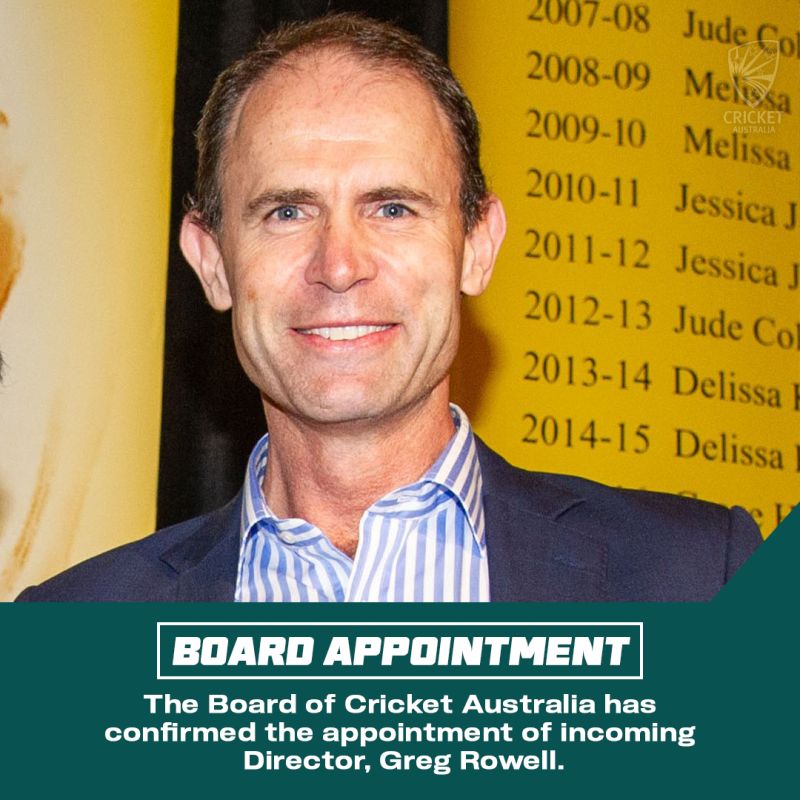 Congratulations to wests very own and former President Greg Rowell who has been appointed to the Board of Cricket Australia.

A former first-class cricketer for New South Wales, Queensland and Tasmania, Greg made 46 appearances from 1989-1999, taking 147 wickets. A tall right-arm pace bowler, he was also a member of the Australia ‘A’ one-day team that famously played against Australia in a World Series Final in 1994-95. Not to mention he terrorized opposition batsmen and won silverware for his beloved Wests over a long period of time.

Greg has been a stalwart of our club as a player, committee member and President serving on the committee since 2002, including more than seven years as President.

Within the wider sporting community, Greg founded multi-sports manager, Chelmer Sports Inc, as well as serving as a Director of the Queensland Cricketers’ Club.

Could you possibly pull some strings and get more westies in the green and gold please!!

Everyone at the club is very proud, what an achievement!