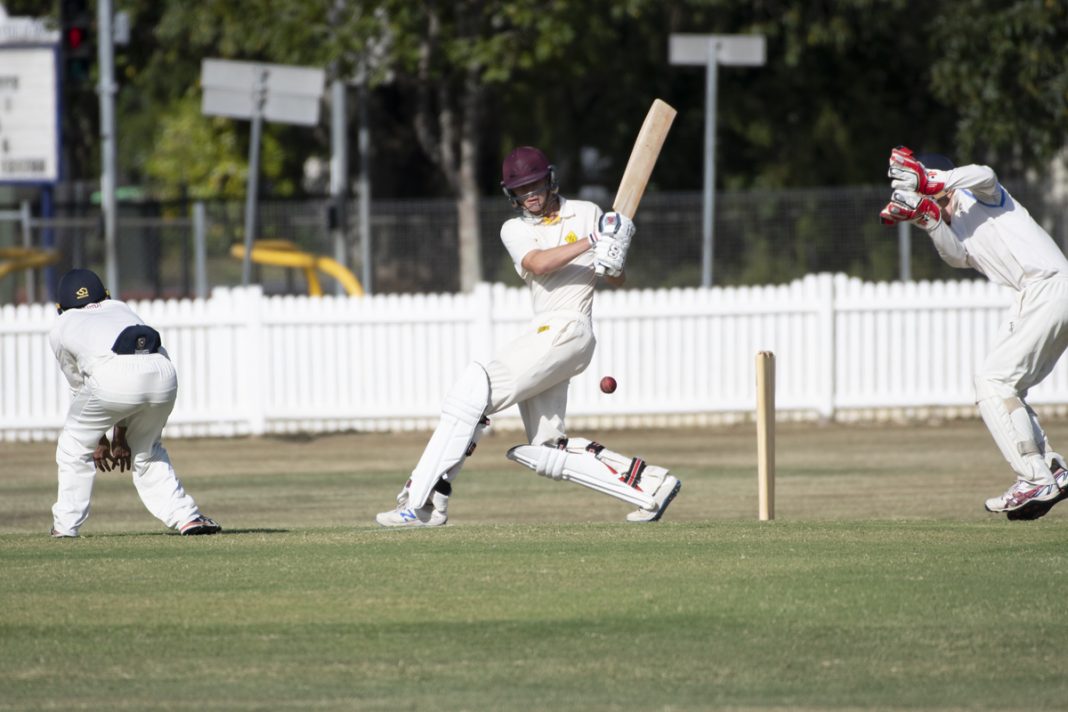 1st grade began the day in pursuit of Uni’s total of 330 and got off to a solid start at WEP Harris Oval with openers Brendan Smith a Isaiah Snell puting on 32 for the first wicket until Smith was removed for 17. Number 3 Truloff and opener Snell then shared in a 64 run partnership until Truloff was bowled for 27 by Scott Walter shortly after lunch. Snell then recorded his 50 until he edged to slip for a neat 50. Alrounder McGiffin had support from the middle order as he recorded his own half century (57), middle order batters Maynard (18) and skipper Collins (20) supported him but when McGiffin was removed wests were 6 for 207 which proved to be the deciding factor for wests to play out the draw. Jarred Sippel finished 44 not out and wests finished 8 for 268.

2nd grade unfortunately went down to Uni at Graceville number 1, with Uni passing wests modest total of 124 getting to 2 declared for 165 when they sent wests back in searching for an outright win. Wests were bowled out for 173 in there second innings with Tom Whitney top scoring with 47.

3rd grade had a huge win 6 wicket win, largely due to a fantastic century for Harry Borger (100 from 143 balls), wests them chased the outright victory but could only manage 2 wickets with uni finishing the day 2 for 137. Great work Borge!!

4th grade’s match went down to the wire with our boys losing in a close obe bowling out uni for 160 in reply to wests 150. Wests then batted again and tried to set up a reverse outright win declaring at 7 – 164, they had uni 4 for 16 the end of the days play.

5th grade had a solid 5 wicket win after running down uni’s total of 243, youngster Lachy Biggs made a mature 80 along with Jack Versace 63 and solid contributions from Thomas Hastie 41 and Lochie Josefski 40 to get 5th grade’s season off to a winning start.

Our Under 19 boys had a difficult loss in there first outing of the season going down to Gold Coast by 113 runs on the Gold Coast. Wests were bowled out for 111 in reply to Gold Coasts 9 – 224. Tom Whitney was the pick of the wests bowlers with 3 wickets.

A solid weekend for our club with 3 wins, a draw and 4 losses across our male teams with our 1st grade girls recorinding 2 wins in their t20s.

This weekend begins a new round with the club taking on Redlands!!