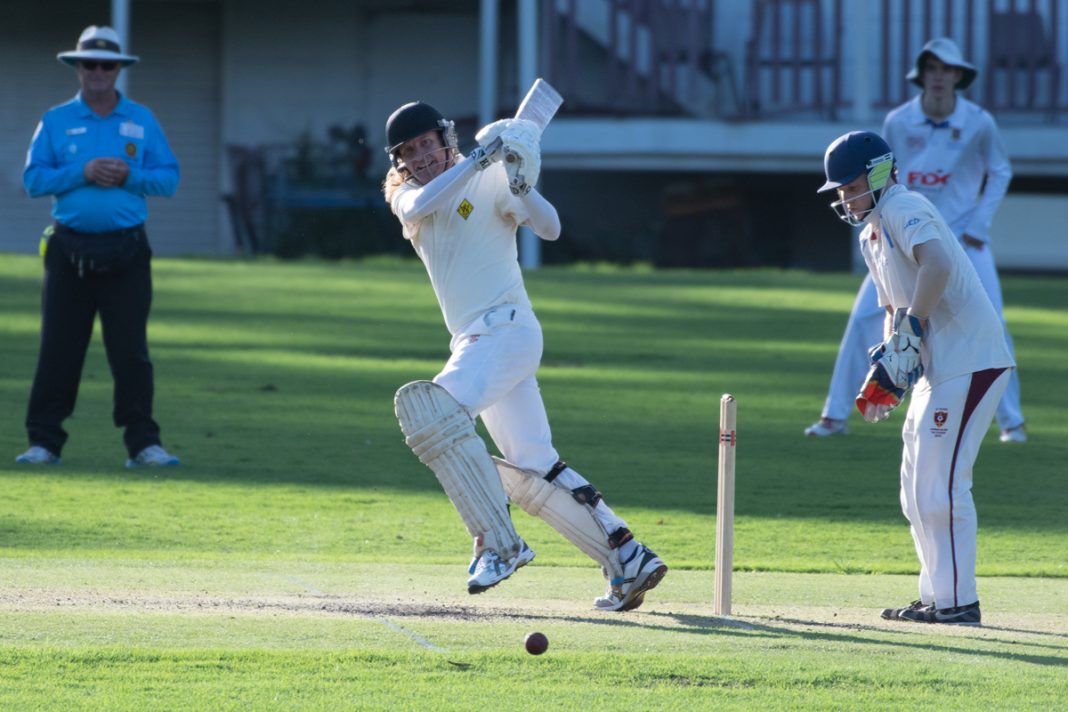 The final week of cricket for wests has now concluded with 1st grade securing a valuable victory over the gold coast after the 2 day match became a one dayer after the first week was washed out. Wests batted first and were in early trouble with opener Smith going for a duck in the first over and number 3 Truloff going for 14 shortly after leaving wests 2 – 32. Opener Snell was then joined by McGiffin and the pair went about rebuilding the innings and they batted for the majority of the innings sharing in a partnership of 164 with both passing 50 and then they were both in the 80s when Snell was dismissed for 80 off 127 balls. McGiffin then struggled to get the strike late in the innings with Maynard 20 off 18 and Sippel 20 off 14. McGiffin brought up his hundred in the last over to finish with and even 100 off 120 balls to record his second ever 1st grade century with his first coming back in the 2016/17 first grade mens grand final. Wests then bowled superbly with Darcy Murphy taking early wickets and finishing with 4 – 27 off 8.2 overs. He was well assisted by spinner Dooley 2 – 33 and centurion McGiffin 2 – 46 to have Gold Coast all out for 187. 1st grade moved up to 5th on the 2 day ladder with only 6 points separating them from 3rd position.

5th grade also went down being defeated by University at Chelmer. University made 192 and wests were all out for 159. Mark Lever scored 52 from 88 balls for wests, Murphy Veraa and Michael Harper both took 3 wickets. ‘

6th grade were defeated by Valleys after being unable to defend 130 with Valleys passing the total 8 down.

Look forward to a big second half of the season and everyone enjoy the Christmas break!