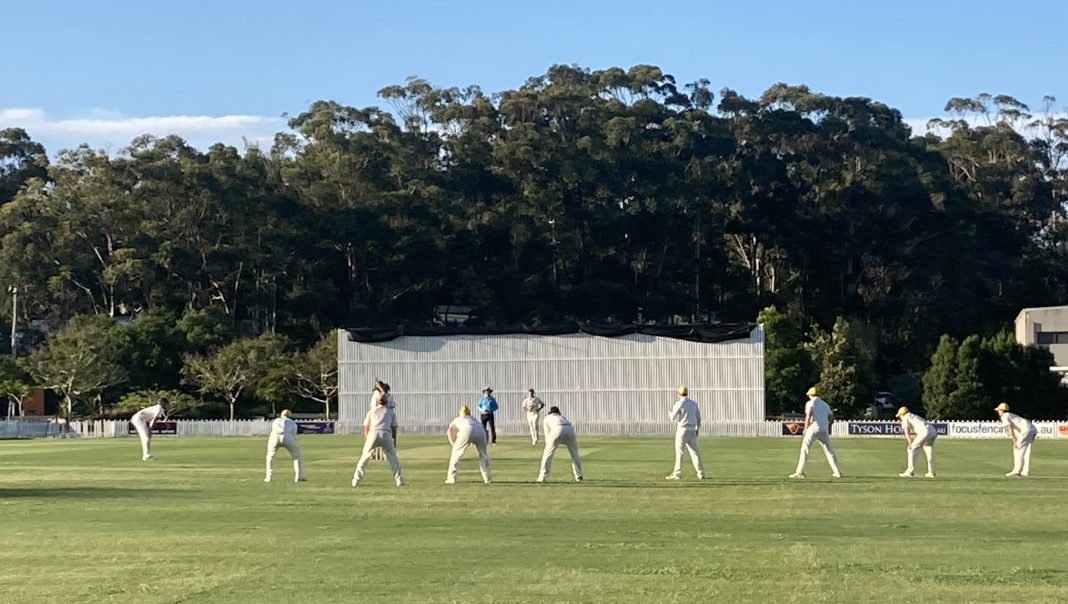 Often a graveyard for our teams over the past few years at the Kerry Emery Oval, Elizabeth Daniels Park, but not so this season. The second grade Westie boys broke through with a comprehensive victory against Sunny Coast.

Opting to bat on a wicket that offers early life, then transitions to low and slow, WSDCC set about building a total. Losing Darcy Graham and Sam Dennien early, Josh Del Simone and Danny Young looked at ease taking the score to 79 before Josh was dismissed for a well made 54. Captain Tom Pappalardo (Papps) with already several 50’s this season, arrived and proceeded to bat confidently. WSDCC lost Young bowled for a stoic 28. Rex Tooley entered carving boundaries in his 28 which led to Aidan Watterson taking the crease. A quality innings of 68 backed by Papps (33) and Penn (33) meant WSDCC finished with a competitive total of 263. Watto then swung the ball viciously taking a key wicket before stumps.

Resuming on day 2, Joe Fry (3/32) and Watto (2/31) hammered Sunny Coast and at one stage they were 5/49. A middle order revival by Muir and McAllister haltered proceedings for WSDCC momentarily. Luke Penn (3/59) persisted with a great line and length and was soon rewarded and started the decline of Sunny Coast. Dennien and Tooley chimed in with wickets following a clever captaining to ensure WSDCC secured the win. Captain Papps then confirmed WSDCC would bat again with contributions all round in the top order and a solid finish with Buffett (10no) and Penn (17) finishing the day not out and WSDCC 7/156.

Great win boys and representative of the hard work over several seasons resulting in a strong win at a hoodoo ground. Well done.