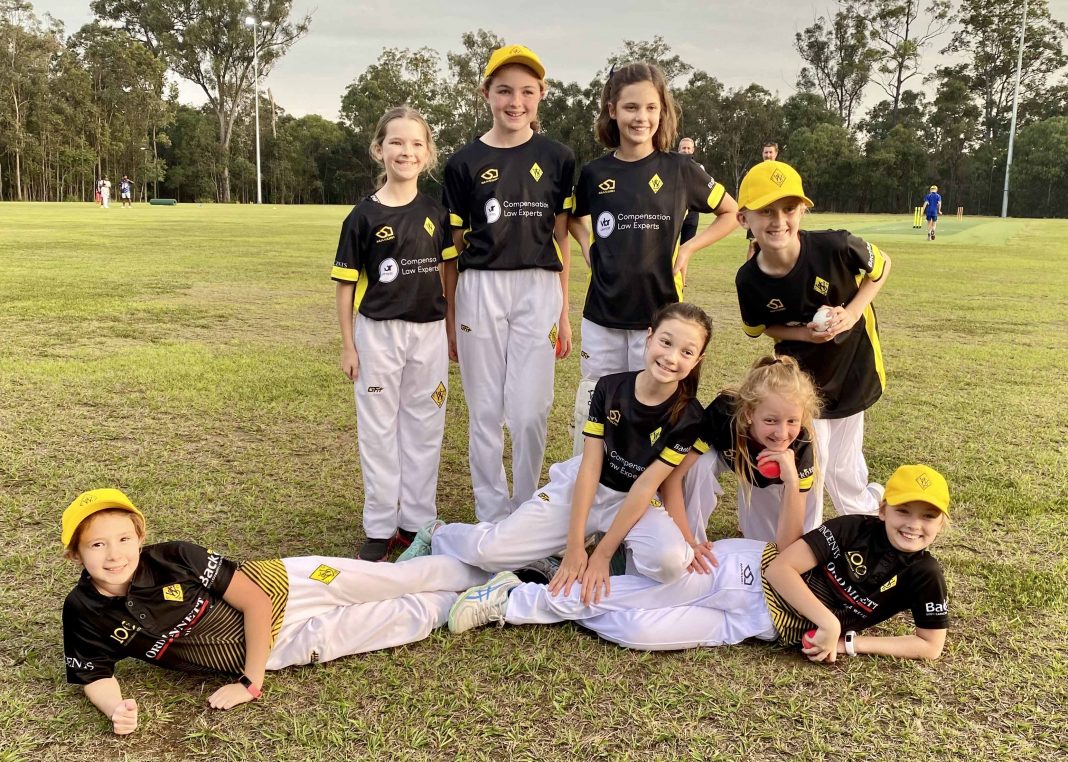 The West’s Kites took on the Souths Fire team on 4th November on a turf pitch, exciting for the girls. Souths won the toss to bat first. The Kites team bowled solidly and had a great team fielding effort with five runouts keeping the pressure on to have Souths out for 54 in the 14th over. Bowling was led by Lucy with 1 for 1 from her two overs, while Ruby bowled well for her first wicket this season.

The Kites batting innings started well, but regularly lost wickets. Sophia opened well and energetically ran between the wickets accumulating singles and byes to retire. As wickets fell, scoring more runs became trickier, and the team was bowled out for 40.

While it was another loss, all of the girls continue to improve with this week’s highlight being the fantastic team fielding effort and our first game without being run out.