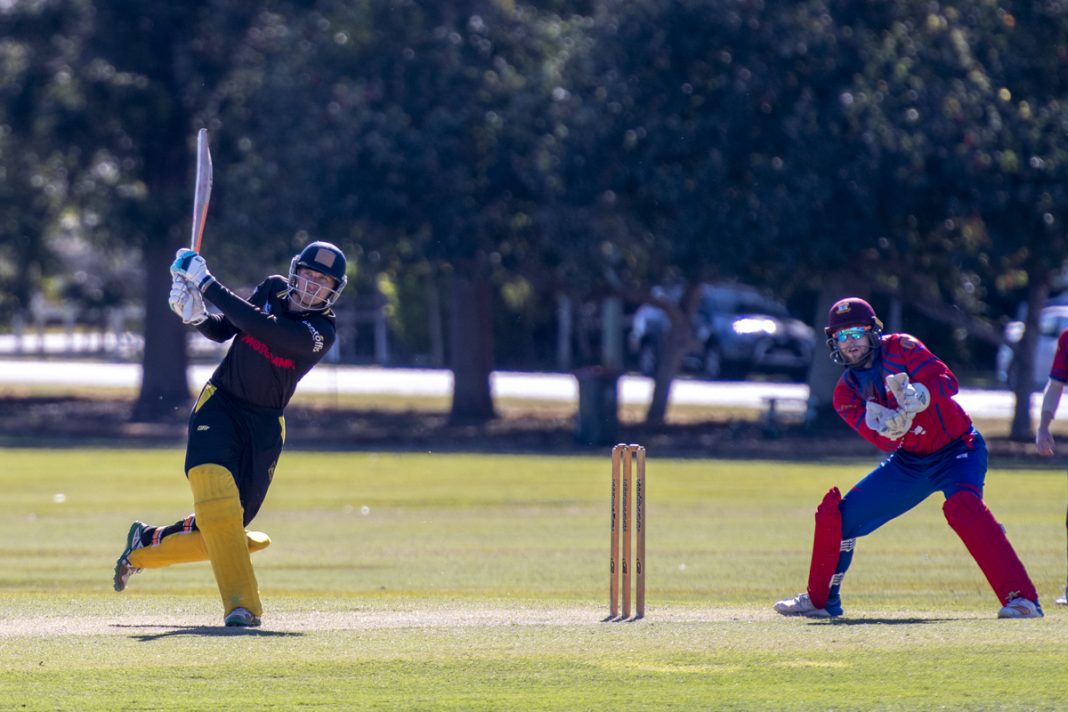 1st grade have a just missed out on a semi finals berth in the t20 competition after going down recording two wins and a loss from their 3 x t20s over the weekend. On Saturday wests had wins over valleys and souths at souths. Wests chased down valleys total of 131 with the loss of 2 wickets, largely due to Brendan Smiths rapid 79 from 39 balls. Darcy Murphy was the pick of of the bowlers with 3 for 30 and veteran Steve Paulsen stemmed the flow of runs with his 4 overs going for only 12 runs. In the other game wests took on Souths and were once again impressive with the ball keeping souths to 7 for 119 off their 20 overs. Paddy Dooley (2) Aiden Watterson (1) McGiffin (1) and Murphy (1) all took wickets. Wests openers Smith and Truloff shared in a 115 run opening stand to ice the game with Smith scoring 57 from 35 and Truloff finishing not out on 55 off 36 balls. Sunday didnt quite go to plan with wests bowling first against uni and keeping them to a very chaseable total of 141. Wests then fell 7 runs short largely due to some late order hitting from Paddy Dooley 33 from 18 balls not out.

2nd grade had just the one win from 3 games over the weekend. They ran down valleys total of 123 off the last ball with Clinton Sippel being the main man finishing 32 not out off 25 balls. Nathan Kerr was the pick of the bowlers with 2 for 7. Wests then went down to souths in the afternoon game being all out for 83 in pursuit of souths 2 for 183. Sundays game saw wests go down again this time to university. After posting 8 for 139 with Ben Maynard 38 off 26 and Mitch Headrick 29 from 20 the main contributors. Uni then ran down the total in 17.5 overs with the loss of only 3 wickets.

3rd grade had a 13 run victory after posting 7 for 225 with skipper Trent Kenny 71 and Harry Borger 59 top scoring. They then knocked over uni for 212 with skipper Kenny snaring 3 for 20 and Will Dooley 2 for 28 off 7 overs the chief wicket takers.

4th grade were beaten convincingly by uni after bowling uni out for 132 wests were then knocked over for 82. Cam Stewart and Luke Peff both took 3 wickets.

6th grade had a big win over uni making 7 – 273 from their 50 overs largely due to Simon Busseys 121 from just 90 balls and opening partner Bradley Warren 75 from 70 balls to share in a 183 opening partnership. Uni then didn’t get close being all out for 163 with Darcy Graham picking up 4 for 35 to be the chief destroyer.