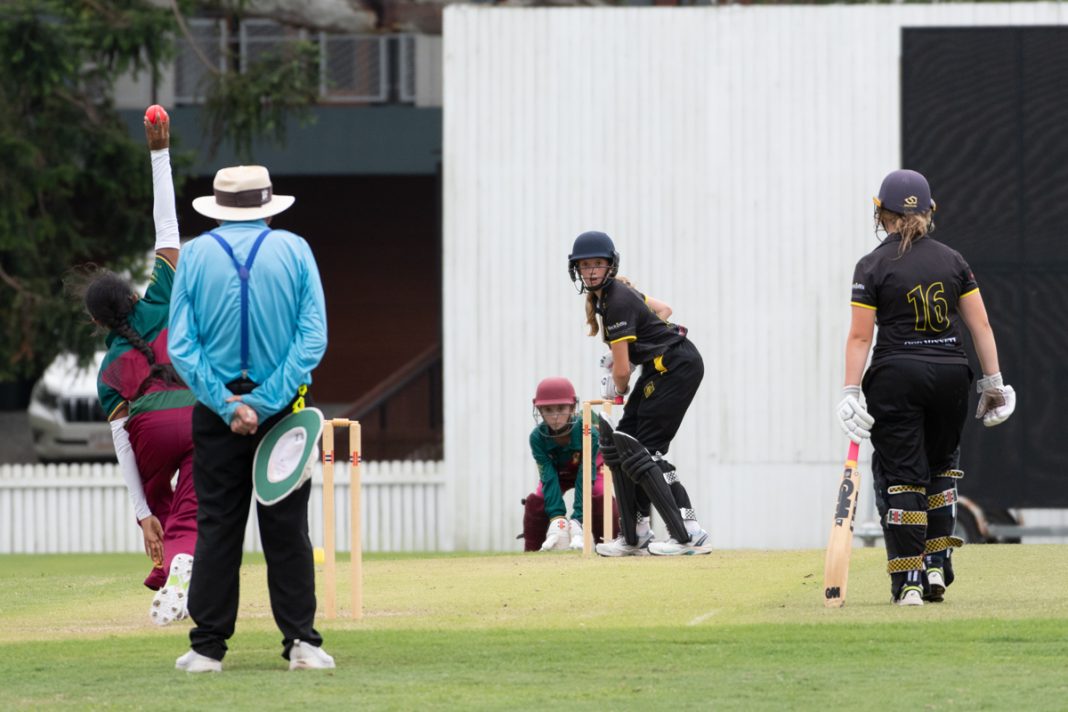 This weekend, the Paul Pink Shield team took on Northern Suburbs and Redlands, both coming out with a win.

The day started off with a T20 on Graceville 1, where wests win the toss and elected to bat. Scarlett Varidel and Claire Molloy opened the batting, kicking the day off to a good start. They were retired at 10 overs, sending in star big hitter Lilli Hamilton. She scored some quick runs before handing it over to the next in line, putting the team in a winning position. There were some wickets fallen in the innings but all was well when Rebecca Storrs and Chelsea Sonter went in and scored 30 runs collectively. We ended up on 5 fpr 118.

Lilli Hamilton and Aya Stafford opened the bowling for Wests in the second innings. The openers blew us away with their figures; Aya S, 3 for 4 off 4 with 2 maidens and Lilli H, 2 for 3 off 4 with 1 maiden. The rest of out bowlers cleaned up their tail and we had them all out for 11.

This round started off with another win of the toss and electing to bat first. Rebecca Storrs and Chelsea Sonter opened the batting, with Rebecca scoring 35 off 42, and Chelsea scoring a quick 8 off 7 and handing it over to Nicolene Snyman. There were another few quick wickets before Claire Molloy cam in to stabilise the innings. She top scored with 42 off 38, pushing our total to 6 for 152.

Once again, Lilli Hamilton and Aya Stafford opened the bowling and took out Redlands opener, both ending their spells with good figures of none for 10 off 4 and 1 for 6 off 4 with 1 maiden. Redlands got bogged down but didn’t stop trying. Wests brought on some pace to clean up another opener and send us into the tail. Redlands ended their innings in the 20th over, sticking it out to the end with 3 for 67 leaving Wests PPS undefeated and at the top of the table. Next week we play Wynnum-Manley for a spot in the Semis.