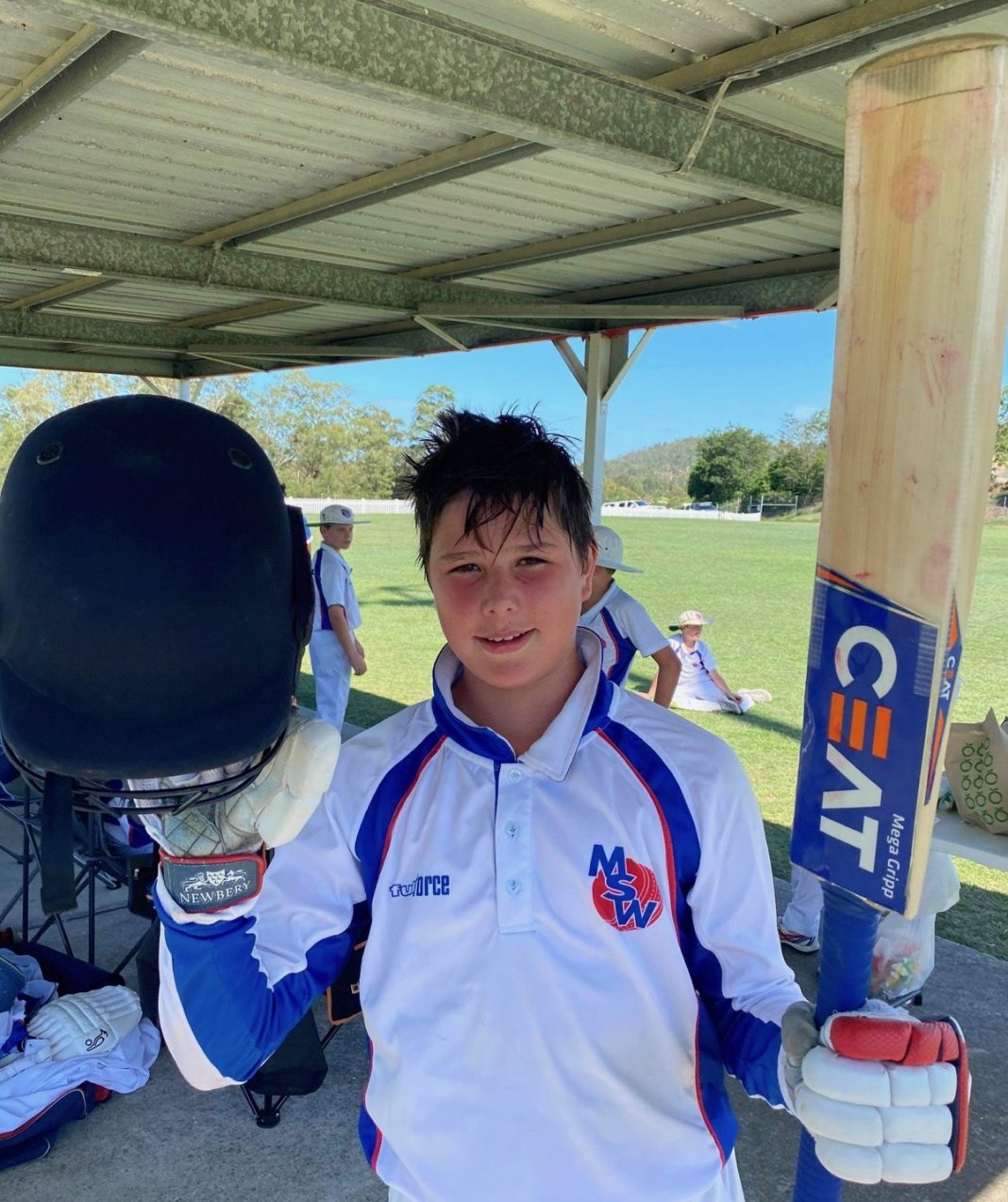 What a week it has been for the MSW Blue side at the Ian Healy Cup carnival this past week 4-8 January, 2021.

MSW Blue took out the Championship for the third year in a row with what could only be described as domination in all five matches.

After two big wins on the days before MSW were going into Wednesday as favourites against Wide Bay and were confident of another win. We lost the toss for the first time and that was just the start of things not going to plan. We had lost three of our four top order batsmen early and Wide Bay were looking good, bowling at the stumps and fielding well.  We were staring down the barrel of our first really challenging game

Hamish Down (UQ – 73 off 87) was at the crease but with wickets falling around him, in comes David Skipwith. The message was clear…..we need runs. After a few balls to work out his plan……’BOOM’ a boundary, then another and another. With Hamish retired, another bottom order batsmen, Jordan Hook (kenmore) 66* off 40, entered the crease to support David. The runs kept coming, more boundaries being scored. There is a reason Jordan and David were called “The Bomb Squad”.

David had to retire on his 40 balls but once he came back in, it was like he never left the crease.  He picked up right from where he left off, hitting boundary after boundary.  The fielders didn’t have any answers. There were murmurs in the field that they didn’t want to bowl to him and they were getting nervous.  They couldn’t work out where to pitch the ball, what line to bowl at him or where to put fielders, David had an answer for every delivery.

There was a previous record for highest score of 88 for the Ian Healy Cup held by a Gold Coast player who was now coaching one of the teams this year and word was getting out.  Was he going to get the record, how many was he going to get?  David had no idea he was close to the record but it was getting close and Wide Bay were putting as many fielders on the boundary as they could to try and stop the runs but he just kept hitting them over the top for 6.  The fielders hands were in the air, what could they do but watch the ball sail over their heads again and again.

David’s brother, Daniel, was there along with his parents.  They were nervously watching each ball and getting more and more excited as he got closer and closer to 88 runs, they cheered as he passed it, he still had no idea what he had done and they didn’t want him to know.  Daniel was taking video for the memories and cheering him on as he hit another boundary, and another all while David was oblivious to what he had achieved so far but that was not going to be his only achievement for the day.

He was on 97, could he do it……could he get his first century at the Ian Healy Cup carnival.

With seventeen 4’s, five 6’s and lots of determination he made it to 100 runs.  The team went crazy with excitement as he held up his bat.  His parents and brother were so excited to see him achieve what could only be classed as an amazing innings and his coach was proud of the player he had become up to this point with so much improvement. He ended up scoring 116* off 77 balls, a new Ian Healy Cup record.

What an innings! What a game! What an achievement for a developing young player!