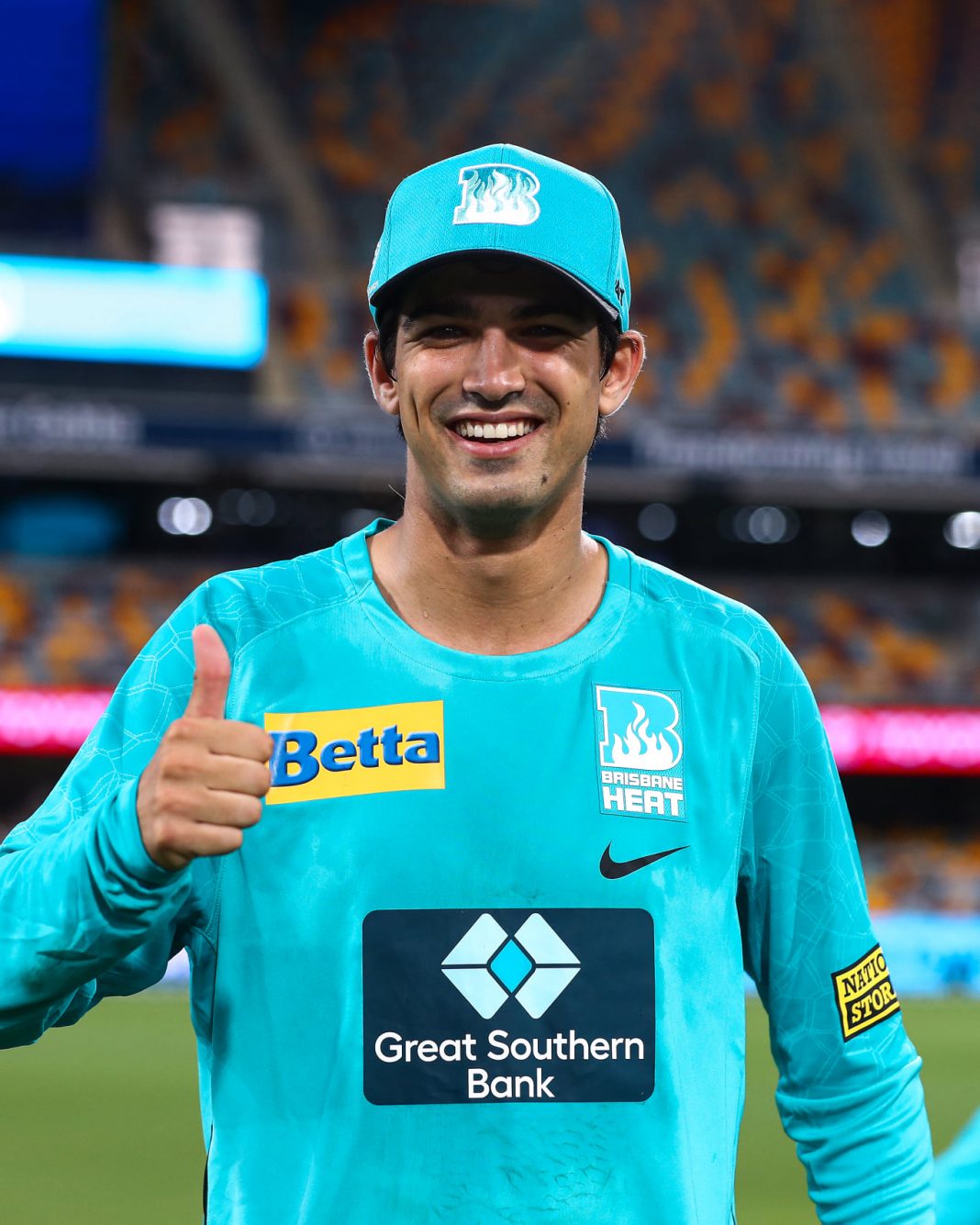 In recent weeks the club has seen a number of our 1st grade male players live out some of their cricketing dreams with Steve McGiffin and Paddy Dooley recently being called up and taking the field for the Brisbane Heat in the Big Bash. In what is unprecedented times McGiffin and Dooley received late call ups to the Heat as the initial squad came down with COVID, with extremely short notice McGiffin and Dooley answered the call. McGiffin made a trek back from Gladstone where’s he’d been on holidays fishing whilst Dooley was in Melbourne sipping pinot. McGiffin made his debut on Thursday 6th January against the Renegades in Geelong scoring 14 not out off 11 balls and bowling the one over with the Heat going down to the Renegades by 5 wickets. Both players then took on the Hurricanes on Saturday night at the Gabba with Paddy Dooley debuting after a number of seasons dominating premier cricket with the white ball in hand, McGiffin held in place in the eleven to play his 2nd match batting at 7. McGiffin made 6 with the bat and Paddy hit the last ball of the innings for 4. Dooley took the new ball and the first over and bowled with his usual energy and control grabbing the attention of the all watching and on commentary finishing with figures of 0-25 from his 4 overs with McGiffin also being tidy for his on over only going for 7 runs. The Heat eventually went down largely thanks to a former wynnum player Ben McDermott’s 93 off 61 balls. It was great to see both Paddy and Steve rewarded for consistent performances over a long period of time in premier cricket and we are sure this is only the start for them both. Great job fellas, the entire club is immensely proud!!

Whitney dons the Green and Gold in the Caribbean

1st grade fast bowler Tom Whitney is currently sitting on the beach somewhere in the Caribbean awaiting his opportunity to take the new white ball for Australia at the Under 19 world cup. Whitney has been a revelation this summer for wests bowling with great pace and aggression snaring 12 wickets in 1st grade after debuting late last season. Tom has shown plenty of potential and skill and thoroughly deserves his opportunity to represent his country at under 19 level. You can follow Tom’s progress with matches being air live on Fox Sports with the Aussies taking on host nation the West Indies on the 15th January, then taking on Sri Lanka on the 18th January, Scotland on the 20th January then finals will begin. We wish Tom all the best for the Under 19 World Cup!!