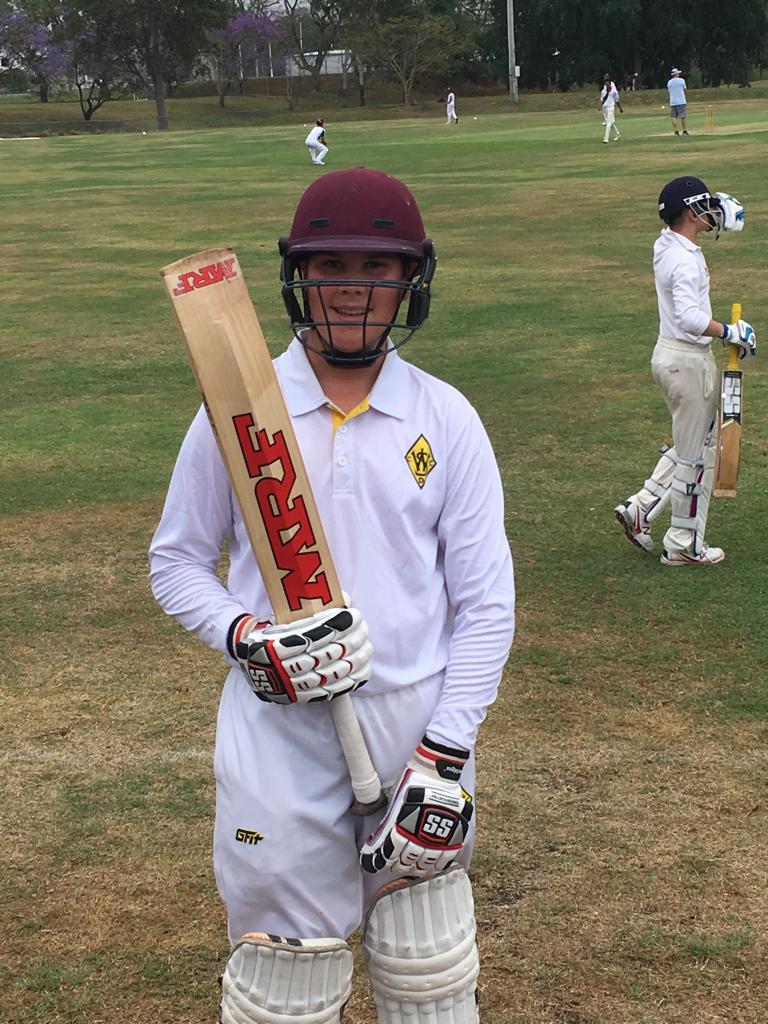 The game was played at Souths’ Jack Cooke Oval on 19 October. Bulldogs won the toss and elected to field on an overcast morning. Tight early bowling kept Souths to a score of only 9 runs off the first 6 overs. The pressure of the slow start forced the Souths batters to take some risks in the subsequent overs, but dropped catches and some good strokes kept the score ticking over for Souths.

The Wests lads also took two good catches to send back Souths’ power hitters and along with some disciplined bowling in the middle overs and towards the end of the innings, resulted in Bulldogs chasing a target of 119 off 30 overs. Best bowling was Finn Mahoney 1 for 5 (2 overs) and Tom Gillett 1 for 14 (4 overs) as well as a stunning one handed catch by Daniel Skipwith.

Daniel and Ben opened the batting for Bulldogs. They were scoring at over 6 runs per over when the first spell of rain intervened to interrupt the game, at which point Bulldogs were 0/33 off 5.1 overs. Play resumed after 40 minutes, and the boys continued where they left off and kept scoring at over 6 runs per over.  For a result at least 15 overs had to be bowled: at that point, Bulldogs were comfortably placed at 0/99 and far ahead of the Souths score of 50. Bulldogs comfortably achieved the target at 19.1 overs, losing just one wicket. Best batting was Daniel Skipwith who scored a half-century with 67 runs (not out) including 14 boundaries, and Ben Pattullo 28 runs (not out).

Congratulations to Daniel Skipwith on a great knock of 67*.