Western Suburbs District Cricket Club
Home Junior Cricket Rain holds off as another 50* is scored in the Junior Stage... 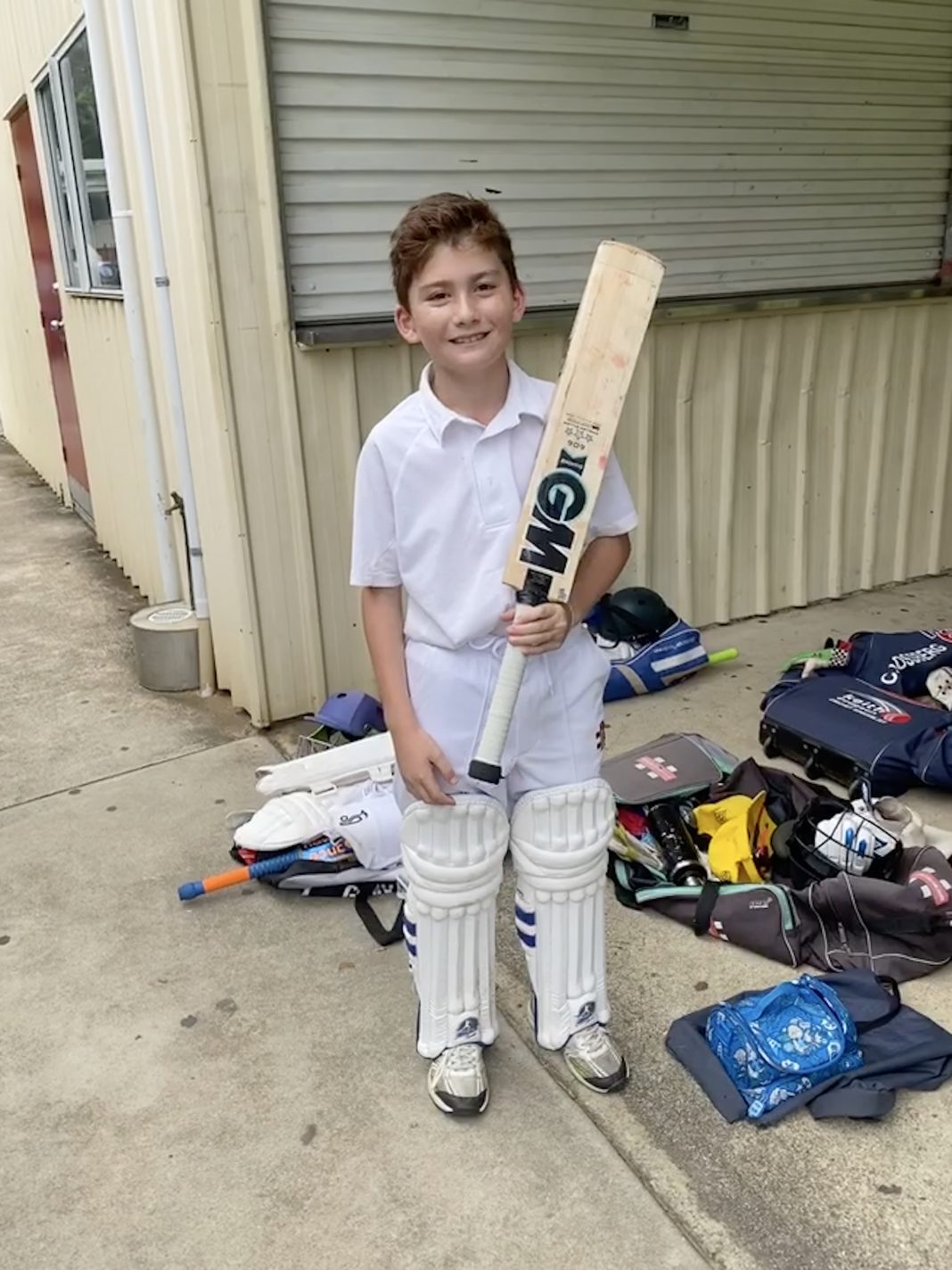 The post christmas season is proving a challenge for our cricketers this year. With only 1 game played and two rounds washed out due to all the wet weather, the Stage 2 West Stars were itching to get out on the pitch.

Round 4 saw the Wests Stars taking on the Kenmore Kangaroos. The Stars won the toss and their Captain for the match, Charlie Hinze, won the toss and decided to field. The ground was damp and the grass was nice and thick with all the rain we had so the boys were hoping that runs would be hard to come by. Kenmore Kangaroos opening batsmen started well and, although boundaries were hard to hit, they ran well and our bowlers were finding it hard to take wickets.

Kenmore were 0-62 when James Smith made the breakthrough to claim the first wicket but Wests only managed to take 4 wickets and Kenmore set us 147 to chase.

It was going to be tough on this field, the ball wasn’t running to the boundary and the pitch was slippery. We lost our first wicket in the second over so in comes Charlie Hinze at 3. He had scored a fifty in the first round but hadn’t played for two weeks. This didn’t faze Charlie as he got off the mark on his second ball, it’s just like riding a bike they say. Another 2 quick wickets and Charlie was batting well, holding up one end while Max Ward came out to bat. We were hoping they could form a partnership and get the runs flowing. Charlie was on fire, hitting 3 fours in one over and rotating the strike well. Max Ward (10 off 12) and Cameron Lossberg (15 off 29) did well to try and support from the other end but it was the Charlie Hinze show again.

It was getting close to his 40 balls and he was going to have to retire. He got to 49 runs off 39 balls. Was he going to get the ball he needed? Was there going to be a quick single to be taken? We were all crossing our fingers, hoping for the perfect ball to hit and there it was, he took off to the non strikers end as fast as he could. Charlie had done it again, retiring with another 50 to his name and his team mates cheering him as he left the field.

Unfortunately, the Stars weren’t able to bring the win home for Charlie but what a captains knock. Well done Charlie 50* off 40 balls, two 50’s from two games is an awesome start for the post christmas season.