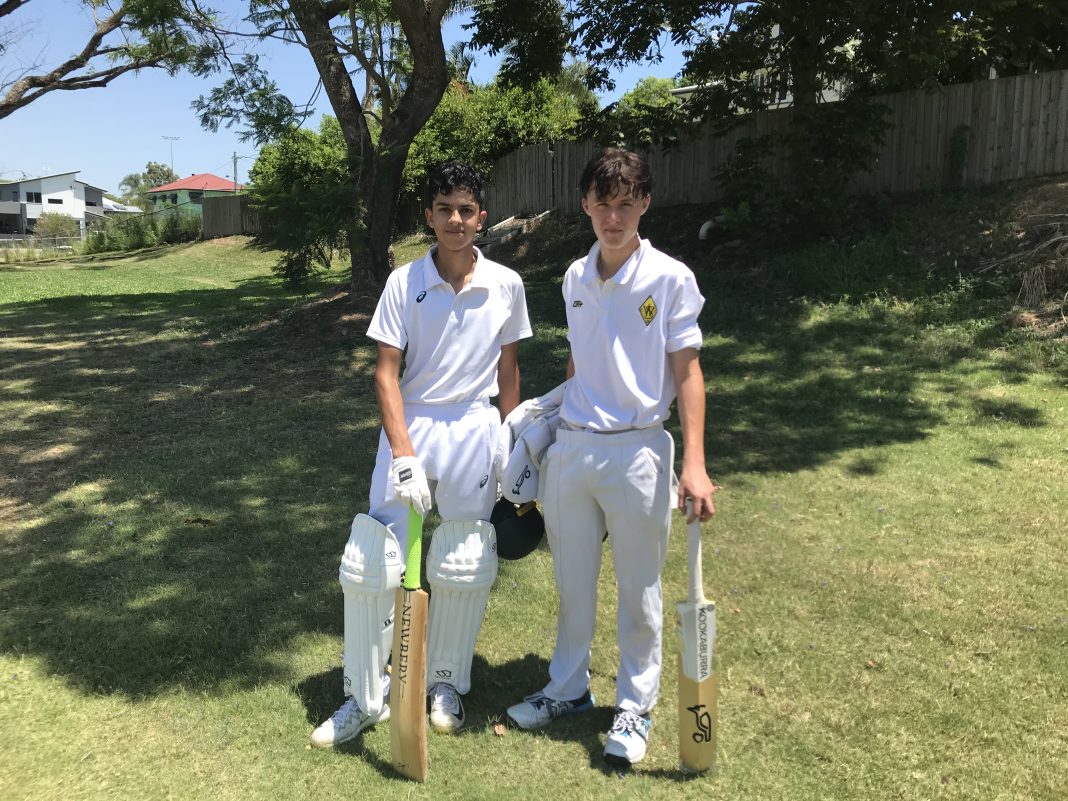 Last game of the season for MSW Plate saw the MSW West’s Bulldogs vs Souths Magpies at Souths.  West’s were going into this game undefeated so far in the season and looking at wrapping up the premiership with a clean sweep in the Pre Christmas season.

After losing the toss and being sent into the field, South’s Magpies innings didn’t get off to the start they would have liked thanks to an excellent opening spell of bowling from Emmanuel O’Hara (3-15) and Will Pamenter (0-7) off 6 overs.

Joshua Lossberg came on first change and continued to keep the pressure on the Souths batsmen, claiming 2 crucial wickets to finish with the bowling figures of 2-5 off 7 overs.

Jack Matthews continued his fine form, taking 3-22 off 10 overs in another display of excellent leg spin bowling while Pranshu Dave finished off the Souths innings, claiming the last wicket to bowl them all out for 114 and finishing with figures of 1-5.

It was West’s turn to head out to the crease, giving South’s the chance to bowl a fiery 6 over’s at us.  These 6 over’s proved to be very tough indeed with West’s finishing day 1 at 2-10 and still needing another 104 for victory.

Wests were back at Souths for Day 2 and were greeted with a nice Souths green top wicket, however, this did not deter our batsmen with Sujal Rayani, 43 and Pranshu Dave, 19 digging in and showing true grit to place Wests’s in a commanding position and really begin to dominate the South’s attack.  This got South’s fired up and West’s ended up losing 2 wickets in as many overs to be 4-79.

With West’s only needing 36 runs for victory, it was Ravi Singh Buttar and Isaac Barnes-Cleary who came to the crease.  They soon began to take the game away from South’s, Ravi with 51* off 44 with some wonderful cricket shots and Isaac hitting big off some fast pace bowling with 54* off 31.  That’s right, Ravi and Isaac both hitting 50’s to take the game away from South’s and come away with another convincing win.

With extreme heat, it was decided to end the game and not bat on so, after 38 overs Wests finished the game at 4-196 and won the MSW Plate Premiership, going undefeated throughout the season.

Well done to the MSW Plate West’s Bulldogs and their coaches on a great season and a well deserved Premiership Win.  5 wins, 0 losses, 0 draws