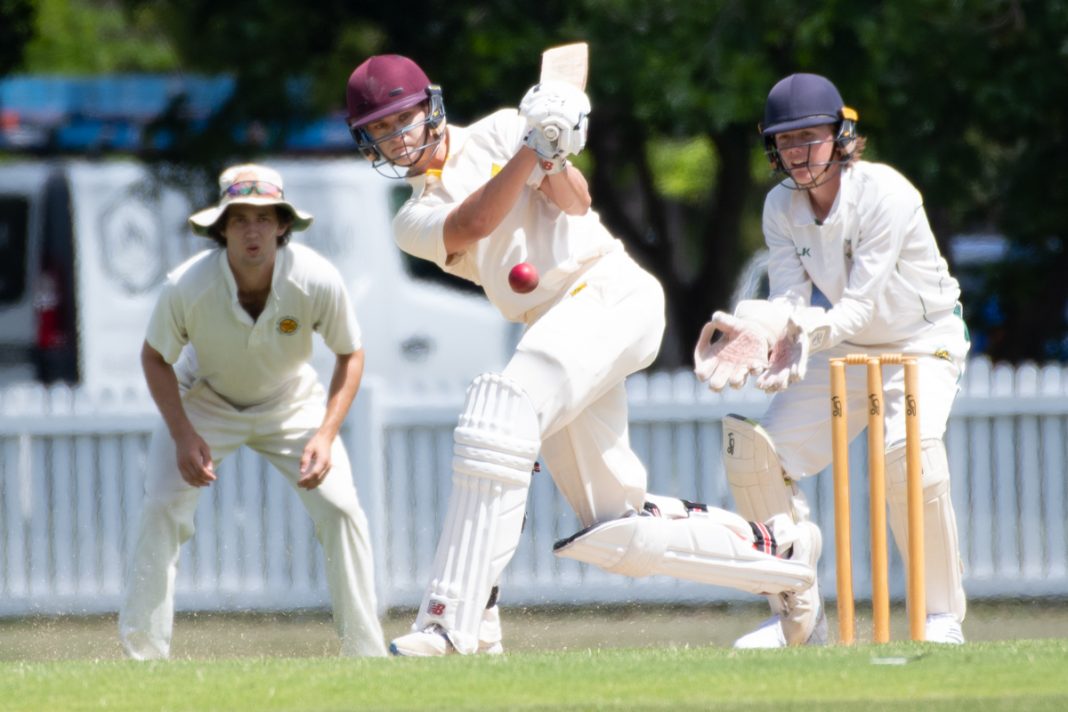 With many game in the balance against Wynnum over the weekend majority of games ended in favour of the mighty bulldogs!!!

1st grade started in a precarious position of 5 – 130 at Wynnum with skipper Pat Collins and Jarred Sippel both resuming looking to get wests to a defendable total. The pair got wests to 177 when Jared Sippel was removed for 25, Paddy Dooley came and went for 8 but not before Collins brought up a gritty half century. Zac Beveridge made a little contribution of 14 but when he was knocked over wests were 8 – 228 and then Collins was removed shortly after for 53 and wests were bowled out for 236. Wests needed to start on song with the ball and they did exactly that through allrounder Steve McGiffin who bounced out open Harrison for a golden duck, then when Darcy Murphy claimed the other opener caught at square leg by Blake Edwards wynnum were 2 – 20. That quickly became 3 – 31 when Murphy claimed his 2nd wicket with an LBW. The wickets then kept falling with Wynnum crawling to 7 – 76. Wynnum then fought back with a 95 run stand between captain Rabnott and Graynson Jones. The game was beginning to get tight but the introduction of Paddy Dooley proved a masterstroke with Rabnott giving a hot chance to be caught at mid off by Zac Beveridge off the bowling of Dooley for 82 to leave Wynnum 8 – 171. Blake Edwards then removed Durante caught at slip by Truloff and Dooley then claimed his 3rd wicket having Jones caught behind by Snell to have Wynnum all out for 195. Edwards 2- 61, McGiffin, 3 – 53, Murphy 2 – 32 and Dooley 3 – 17 were the wicket takers. 1st grade now sit in 4th position on the ladder.

2nd grade also had a quality victory over Wynnum at GMP 1. After routing Wynnum for 98 on week one, wests made light work of the total chasing the total 5 down and declaring. Wests then took 3 wickets in pursuit of setting up a possible outright victory with Will Dooley taking 2 wicket and Tom Whitney 1 wicket.

3rd grade played out a nail biting draw at GMP2 being unable to get the final wynnum wicket to claim victory. Wests made 205 and had Wynnum 9 – 111 at the end of days play, Luke Thompson was outstanding with the ball claiming 6 – 33 off 16 overs.

4th grade had an emphatic victory over wynnum by 98 runs, after posting 249 largely due to Cam Stewart’s 99 not out wests bowlers then dominated with the ball rolling wynnum for 151 with Alan Wrigley 3 – 42, Dan O’Donnell 2 – 22, Jordan McNally 3 – 35 and Cam Stewart 2 – 17. Wests then batted again and were 4 – 70 in their second innings at the conclusion of the match.

6th grade unfortunately went down to Wynnum by 114 runs being all out for 100 chasing wynnum’s 214.

This weekend sees the club taking on Sandgate Redcliffe.