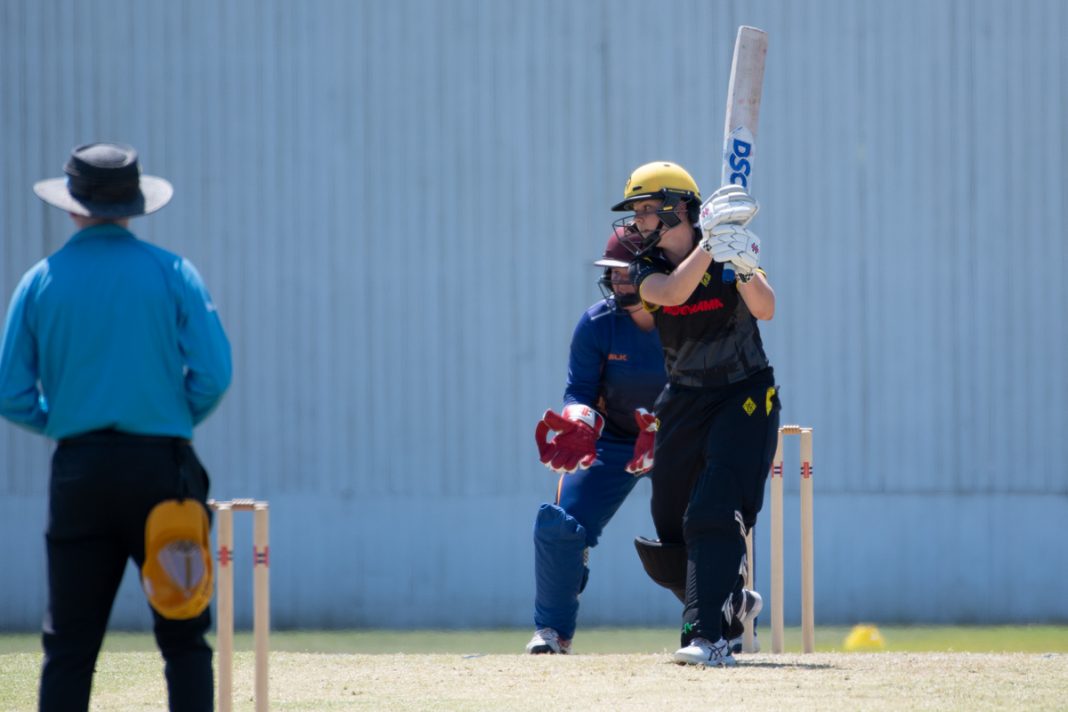 Our girls went two from three this weekend with ones taking a loss and a win in their opening T20s of the season and twos chalking up a big victory in their first outing for season 2021-22.

In their first game against Sandgate-Redcliffe, Wests bowled well to restrict the visitors to 8/113.  Lily Bassingthwaighte led the attack taking 4/13 off her four overs with Ash Sims, Grace Harris and Liv Steel chipping in with one apiece.

Wests innings got off to a tough start with the early loss of openers Grace Harris and Annie Wikman.  Riley Wotherspoon and Naiya Varidel consolidated for several overs.  With the required run rate rising, Naiya began to kick the score along with a brace of fours before falling to a catch on the fine backward square leg boundary.  Riley followed soon after, bringing Holly Ferling to the crease who tops scored with an undefeated 2, but was unable to haul the total past Sandgate-Redcliffe despite the assistance of Eloise Schabe and Liv Steel.

The girls went down fighting but finished with a 13-run loss.

Wests opening game was livestreamed on Kayo! Click the link below to check it out!

Watch the Wests vs Sandgate-Redcliffe game on Kayo Freebies!

Grace and Annie got the second game off to a more promising start with the bat with Grace racking up a quick 32 from 15 balls before falling.  Annie, Naiya and Riley kept the score ticking along (followed by an uncharacteristically quick cameo from Holly!) before Eloise, Liv and Olivia Hartland brought the innings home at 140 for six down.

Wynnum-Manly’s openers put early pressure on the Wests bowlers, rising quickly to 44 before the partnership was broken with the runout of Amreen Kahlon by  Grace Harris with the assistance of keeper Riley Wotherspoon.  When fellow opener Chelsea Gan became the first of Holly Ferling’s three wickets with the score on 64, it signally a dramatic turn-around.  The Westies snared 5 wickets for just 16 runs in the next few overs with poles to Holly,  Annie Wikman and Grace Harris before the visitors concluded at 8/94.

The emphatic 46-run victory was the girls first T20 win of the season, getting their T20 premiership defence started after a small stumble at the opening hurdle in the first game!

Twos got their season purring with a opening win over Northern Suburbs at Shaw Park.  Norths won the toss and batted first.  After an early wicket to opening bowler Erin Moran, the wickets dried up for the Westies with a one-hundred run partnership between Taylor Hamblin and Alexandra Lloyd before Erin had Alex caught behind by keeper Scarlett Varidel with the score on 133.  Nicolene Snyman nabbed another wicket in short order before Erin had gun Norths bat Taylor Hamblin caught by Ky Crump for 72 with the score sitting on 120.

At 4/120 and a lot of overs still to come, a big total looked probable.  Norths moved to 136 before Wests started piling on the wickets.  Courtney Home snaffled her maiden grade-cricket wicket on debut, taking the last Norths bat and keeping them to 151 all out.

Wests openers Claire Molloy and Emma Lockwood batted superbly, taking the score to 74 when Emma fell to a diving catch.  Lilly Hamilton joined Claire at the crease and no further willow-wielding personnel were needed with those two taking the Dogs to a 9-wicket victory in the 28th over.