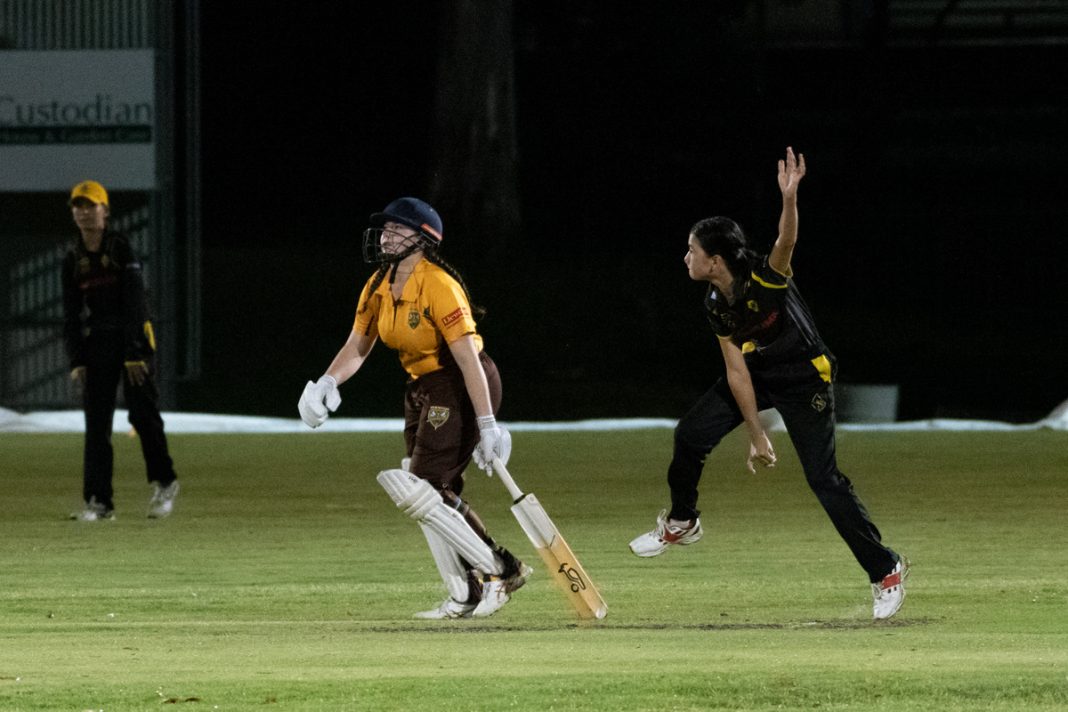 Last night the Paul Pink Shield girls took the shield back once again!

the night started when Wests won the toss and elected to bat. Claire Molloy and Lily Bassingthwaighte opened the batting and had an unfortunate start to the innings with a slow scoring start. With previous matches being high-scoring, it was a change to be a quite low-scoring innings. The pressure was on when Olivia Totten went out, shortly followed by Filippa SueSee. There were some good efforts by the wests side to raise the score but weren’t sure if it was enough to take the shield in the end. The tension was tight in the shed but not all hope was lost. There were a few wickets in the middle order, slowing down the scoring once again but Nicolene Snyman and Lilli Hamilton came to save the day. Lilli top scored with 17 off 23, and Chelsea Sonter scoring 9 great runs, bringing the Grand total from the first innings to 7-70.

Wests were nervous in the innings break but not to fear! Coach George Seaward gave some words of wisdom to the girls and they were sent back on their way…to victory.

The bowling was opened from our very own Lilli Hamilton and Lily Bassingthwaighte. Wests brought the game back with the bowling and fielding outfit. Lily Bass reeled in 1 for 9 off 4, Lilli Hamilton once again showed us how its done with 3 for 10 off 4, taking out most of the top order. There were sparks of hope among the westies when Ipswich’s run scorer was run out by Lily Bassingthwighte, leaving them with panic. Aya Stafford and Olivia Totten took the ball to finish off the innings. Olivia pulled none for 5 off 3, and Aya 1 for 10 off 3.3. Another very impressive effort from Aya, leaving her the leading wicket taker in the Paul Pink shield comp. Ipswich were finished off with all out for 36, leaving Wests the reigning champions! The girls were ecstatic to have the shield obtained for two consecutive years, Best of luck for next season and the seasons to come!