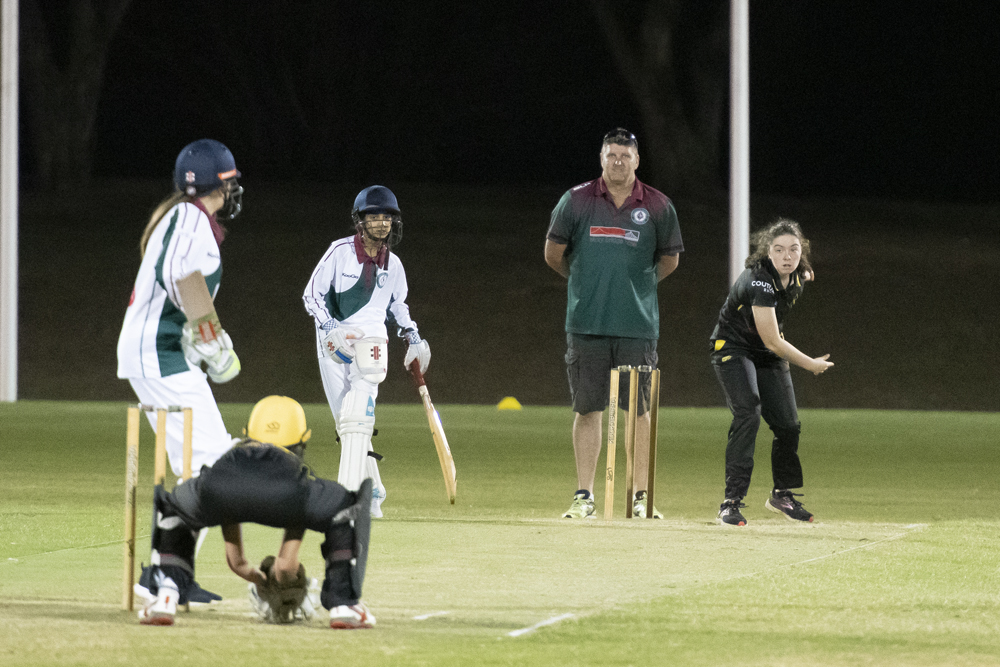 Wests girls teams playing in the Chelmer Girls Cricket Challenge posted a clean sweep of wins on Friday night with wins over two Souths teams in Stage 2/3 and a win over Moggill in Stage 1.

Stage 2/3 Wests Falcons played Souths Flame, the younger team of the two Souths teams. For the first game, the girls played well as a team and supported each other throughout the overs. We changed our bowling line up to help the opposition, occasionally letting the fast bowlers bowl some overs. All round good fielding, bowling and batting, everybody gave their all.

Thanks to the opposition who fielded the 9th player of the team and for bowling out the 20 overs to allow everyone to bat.

Last week at Chelmer, the Harriers girls cricket team made a huge effort and beat Souths as a result. All of the girls played a definite part in the game and contributed to take them over the line.

In the first half the girls had a bowl and knocked Souths out for 62. The second half had the Wests girls batting and in the 14th over they passed the winning mark.

Wests Stage 1 Avocets played their 1st match of the season at Moggill and scored a close win by 5 runs.

Bowling first the Avocets kept Moggill to 65 runs for the loss of 9 wickets with most bowlers doing well. Highlight in the field was Bella Wregg having a direct hit for a run-out.