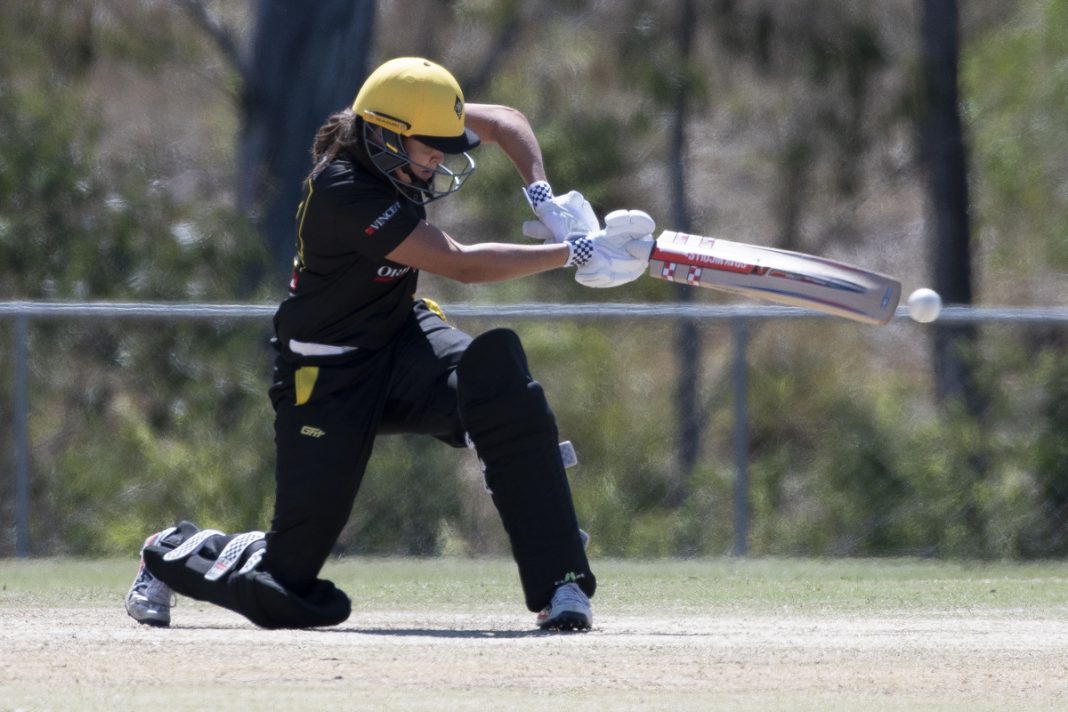 The Westie girls ventured off to Ivor Marsden in Ipswich last Sunday on a hunt to take the top of the table for the 2020/21 T20 season. Game 1 v Ipswich themselves started as a success with the captain, Annie Wikman, winning the toss and electing to bat first.

Opening the first innings was Grace Harris and Annie whose partnership broke in the second over. Luckily, Josie Dooley had returned from her time Adelaide and went in first drop. Grace and Josie made 124 runs while they were out in the middle, batting in style. The fall of Grace was then followed by 2 quick wickets, however, the dogs then settled and finished with a total of 169 runs.

The strong total was going to be a tough fight for Ipswich, but the westies weren’t taking any chances. They went out onto the field energized and ready to put their bodies on the line. Holly Ferling steamed in taking the first wicket on the third ball of the innings followed by another in her second over. Both plumb lbw and the dogs had their heads held high. After Olivia Hartland and Holly suffocating spell, Grace Harris and Courtney Sippel decided to have a crack. They’re joint effort was 2 for 9 off 4ov. This critical spell set up the win and laid the perfect foundation for Olivia Steel and Ash Sims to join in on the fun. Another amazing spell from these two being 2 for 7 off 4ov. Play proceeded until Ipswich were out of time only making 59.

Later in the day, Round 2 commenced against Valleys. The Westies lost the toss and went into the middle to bowl once again. Holly Ferling started the innings off with Courtney Sippel. Their textbook bowling produced early wickets where Valleys were 3 for 12 in the first 3 overs. However, the lineup was deeper than Ipswich making it a tougher battle for the dogs. The next wicket to fall was at 4 for 86, stumped by keeper Layla Proctor off Grace Harris’ strategic offies. The innings closed setting the westies to chase 113.

The first-time opener, Layla Proctor, went in with renowned, Grace Harris who laid a strong 48 run partnership. After Layla’s defeat quick wickets created unrest within the team, but not to worry, Courtney Sippel stood up to the crease alongside Tammy Cole who raced ahead winning the game for the dogs at 113 runs in the 17th over.

During the game, Josie Dooley was injured and all the women’s players wish her well in her recovery.