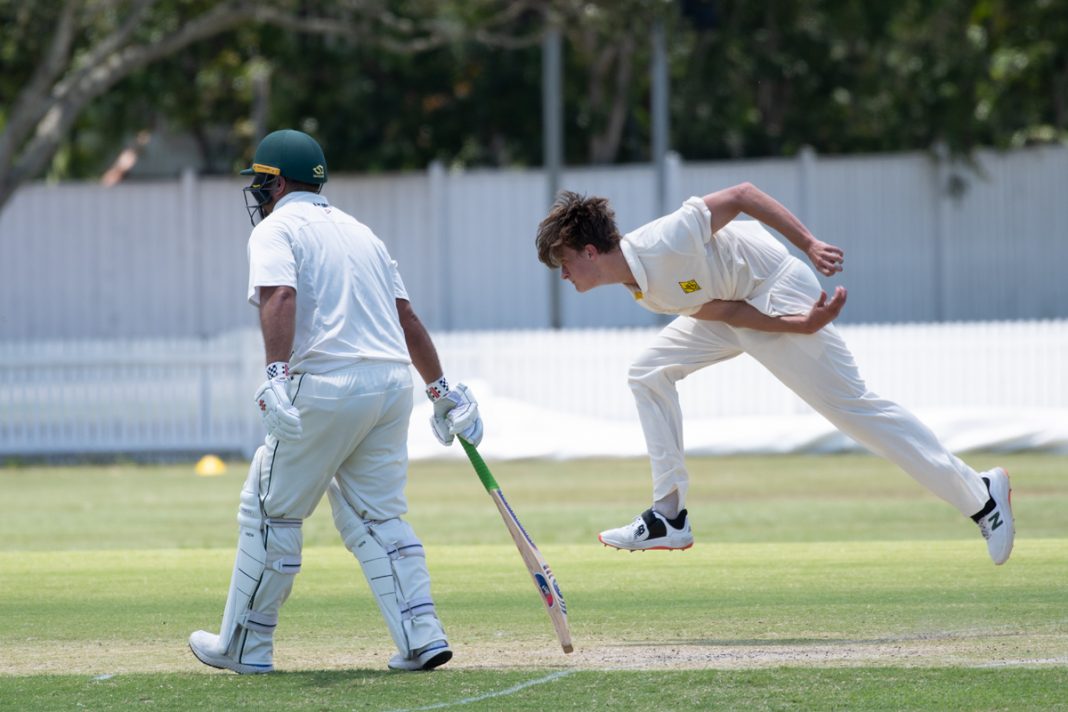 There was a common trend over the senior men’s fixtures against cross – town rivals souths with 1st, 3rd and 5th grade matches ending in draws. Unfortunately 2nd grade went down, but 4th grade had an emphatic victory along with 6th grade.

1st grade began the day back in the field with Souths resuming on 5 for 275, with wests searching for early wickets, but early wicket didn’t come with Souths declaring at 6 for 364 off 111 overs. Wests were set 365 for victory off 77 overs, but the chase didn’t start well with opener Snell caught behind for a duck. Opener Smith and new batter Truloff then went about building a partnership of 106 with Smith providing the aggression and along with Truloff got wests to lunch only 1 down. Soon after lunch Smith passed 50 at almost a run a ball but was then was bowled for a well made 66 from 69 balls, which bought allrounder McGiffin to the crease. McGiffin and Truloff then got wests to tea with still a slim chance of chasing the mammoth total down late in the day with both Truloff and McGiffin passing 50 heading into the last session. McGiffin came out firing after tea hitting a big six down the ground and a number of boundaries but fell for 64 top edging to fine leg off the bowling of Sandhu. Truloff was then dismissed just before the final hour of play caught in the gully for 81. Some late order hitting from Jarred Sippel 44 from 26 gave wests a sniff but once he was removed the game was always heading for a draw, with wests finishing 6 – 309.

2nd grade went down on first innings at GMP1 after resuming the day needing 30 runs with only 2 wickets remaining but ended up going down by 16 runs on first innings. Souths batted again and posted 4 declared for 262 with former wests 1st grader Alex Robynson scoring 108. Wests were then 3 for 69 in their 2nd innings at the close of play with Max Carlyon 37 not out.

3rd grade also played out a draw after Souths declared 8 for 297, wests finished 4 – 170 in reply. Luke Thompson was the man with with the ball taking 5 – 79. Skipper Trent Kenny was the rock with bat finishing 75 not out and was well supported by Lachlan Biggs (40).

4th grade had a big win after bowling souths out for 113 in the first innings wests declared at 5 for 263 and then sent souths back into bat with Souths crawling to 4 -103 at the close of play.

5th grade also played out a drawn match with Souths after wests made 254 in their 1st innings, souths scraped to 6 for 206 at the end of play.

Our 6th grade rounded out the weekend for our senior men’s team with a big win over souths at Chelmer. Wests declared at 7 for 244 with youngsters Eashan Nakar (69) and Gadaleta (68 not out) the main contributors with the bat. Wests then bowled souths out for 195 with Saunders (1), Donaldson (1), Nakar (1), Foster (2), Turner (3) and Bussey (2) all contributing to the wickets column.

Our Under 19s went down in nail biter to Ipswich by 2 wickets. Wests made 8 – 163 off their 50 overs with Max Carlyon (43) top scoring. Ipswich then chased the total down in the 48th over with Tom Whitney the pick of the bowlers with 2 – 21.