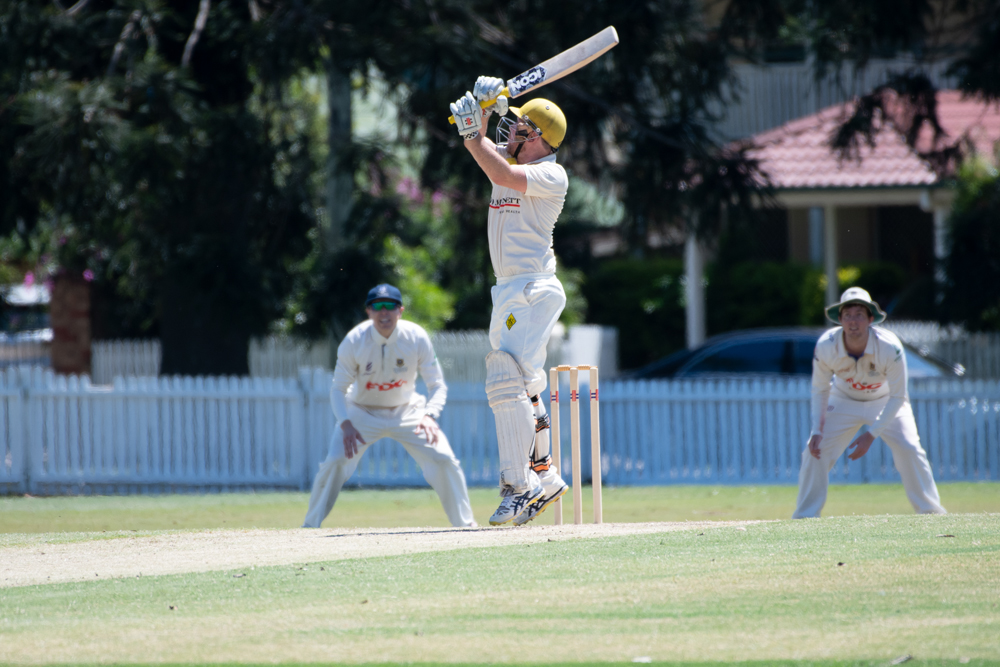 1st grade men have already claimed 1st innings points against Norths at Shaw rd after a stella allround game on day 1. Wests skittled Norths for 80. Blake Edwards 4 -34 and Steve McGiffin 4 -15 were the destroyers. Wests then made light work of the total claiming 1st innings points finishing the day 1 – 134 with Isaiah Snell backing up his last game century with 57 not out and Sam Truloff 55 not out.

2nd grade had a solid day and are well and truly in the game coming into week 2 against Norths, wests were all out for 251 with many contributions from the entire batting order. Danny Young 35, Varinder Singh 29, Justin Frew 49, Aidan Watterson 49 and Tom Pappalardo 42.

5th grade were all out for 162 against Toombul

Lords Taveners had yet another victory, this time over Uni, wests defended there 6 – 186 with Rvai Buttar 39, Sujal Raiyani 47 were the mainstays of the innings. Wests then kept uni to 9 -177 , Josh Lossberg was the pick of the bowlers with 3 – 27.