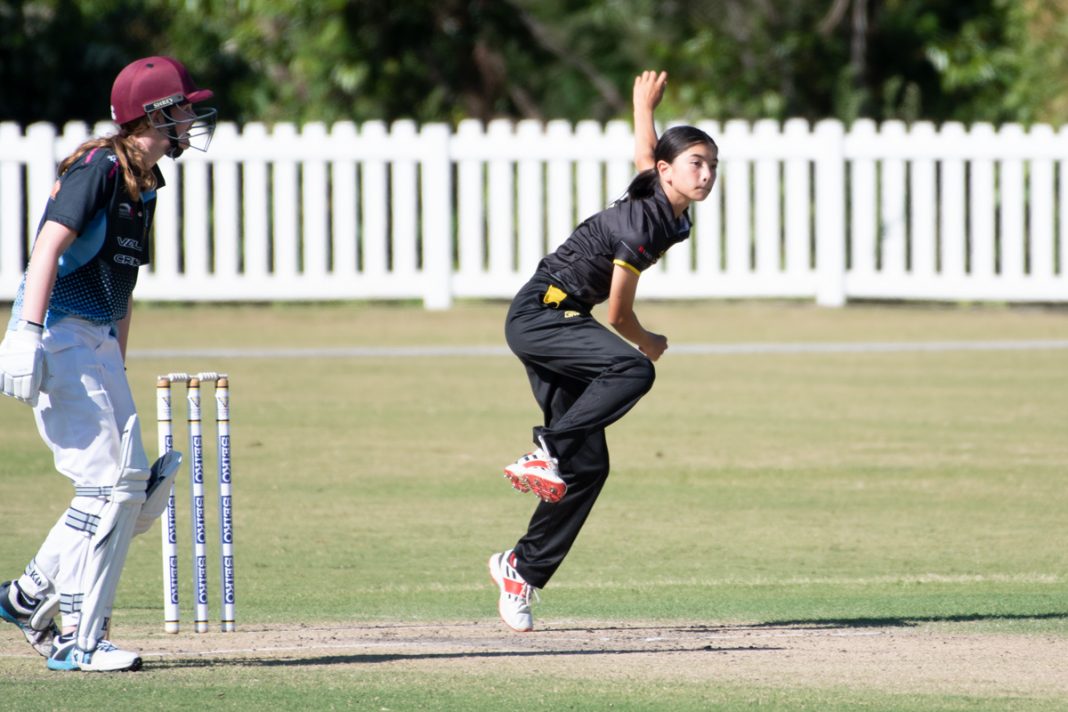 This Saturday the Wests Paul Pink shield team got off to a great start by kicking the T20 tournament with a win. Wests won the toss and elected to bat. Rebecca Storrs and Claire Molloy opened the batting and got the team off to a good start. Becca survived, assisting Claire in her voyage of run scoring but unfortunately was caught in the early overs.

Olivia Totten then took to the crease, scoring a quick 7 off 10 to boost the strike rate before getting a rough LBW off a off-spinning dart. Nicolene Snyman took her place promptly. Eager for a successful innings, she began smashing it out of the park by scoring 57 off 39 with a whopping 146% strike rate, there was a quick end to the innings with Wests concluding on 4 for 133 off 20.

Lilli Hamilton and Aiyar Stafford opened the bowling with eye opening leg-spin. Lilli took none for 16 off 4 overs, impressing everyone on and off the field. Nicolene finished off her outstanding performance with 2 for 24 off 4. Chelsea Sonter, our wicket keeper took 2 stumpings sending them off the field.  Wests came out with Sandgate only scoring 6-114 off 20.

Round 2 v University of Queensland

The Paul Pink shield team took the field this week to face Uni. Wests won the toss and elected to bowl first, seeing the green pitch and damp outfields. Lily Bassingthwaighte opened the bowling with Lilli Hamilton, Both had mesmerising figures as follows; Lily B 1 for 12 off 4, and Lilli H with none for 15 off 4.

Rebecca Storrs and Aya Stafford then took the ball and continued to blow the westies away with their bowling skills. Our star of the show this round was Olivia Totten who had bowling figures of 1 for 2 off 2 with 2 run outs! Olivia then top scored with the bat, accumulating 35 off 20, finishing off our batting innings. Uni scored 6-64 in their innings, which we took on smoothly.

Claire Molloy and Rebecca Storrs opened the batting and got us off to a good start. There soon was a small collapse in the top order but not to fear! Olivia came to save the innings. Wests ended up with 4-65, concluding round 2 and moving onto round 3 on Sunday!

In round 3, the Wests Paul Pink Shield team took on Valleys for an action-packed T20 at Ashgrove. Wests won the toss and elected to bat first. They scored 3-161 with Holly Walker and Chelsea Sonter opening the batting. Holly impressed the crowd with 26 off 26, and Chelsea with 2 off 7 with her innings coming to an unfortunate end to a ball dipping quick and staying low.

Scarlett Varidel and Tanvi Aiyar scored 19 off 20 and 16 off 24 before once again allowing Olivia Totten to step in. This round she scored 45 off 26, and Lilli Hamilton scoring 21 off 13, bringing their total to 161. They then took off the pads and walked the field for their next innings.

Lily Bassingthwaighte took the ball and opened the bowling, clearing up their top order with 2 for 4 with 1 maiden off 4. Aya Stafford also opened the bowling and earned the player of the match with outstanding figures of 3 for 9 off 4! The Westies remain undefeated and head into round 4 against Northern suburbs in the new year.