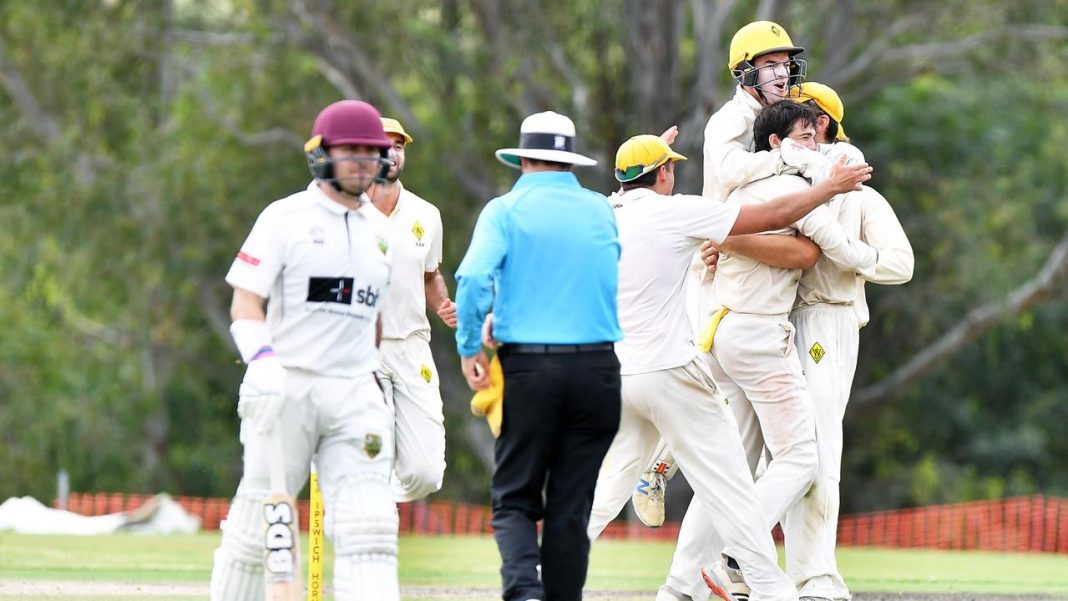 Wests first grade men have stormed home in the two-day grand final to take out the premiership with an emphatic win over Ipswich.  Their win breaks a 5-year wait since the last time they held the trophy in 2016-17!

Wests bowlers rolled the Hornets for 213 with most of the early damage being done by Blake Edwards who took 4 wickets for 38 runs off of his 21 overs. Tom Whitney backed up with 3 wickets off 19.3 overs, and Paddy Dooley took the key opening wicket when Ipswich were starting to look set on the first day at 65 for no loss.

Following the bowling innings, the Dogs bats dug in and secured the first innings lead with just two down.  Wests top three Isaiah Snell, Pat Collins and Sam Truloff passed half centuries with the bat.  Together with Steve McGiffin, who made an impressive 125 from 289 balls, they pushed past Ipswich’s total and onward to 322 before the middle order was asked to take up the willow for the cause.

The match was called with Wests batters still undefeated on 443 for 6.  With Ipswich still needing to take four wickets to bat again, and a massive 230 runs in arrears on the first inningsthe Wests took the premiership with a four wicket win!

Massive congratulations on a massive win to cap off a dominant 2021-22 season, lads!