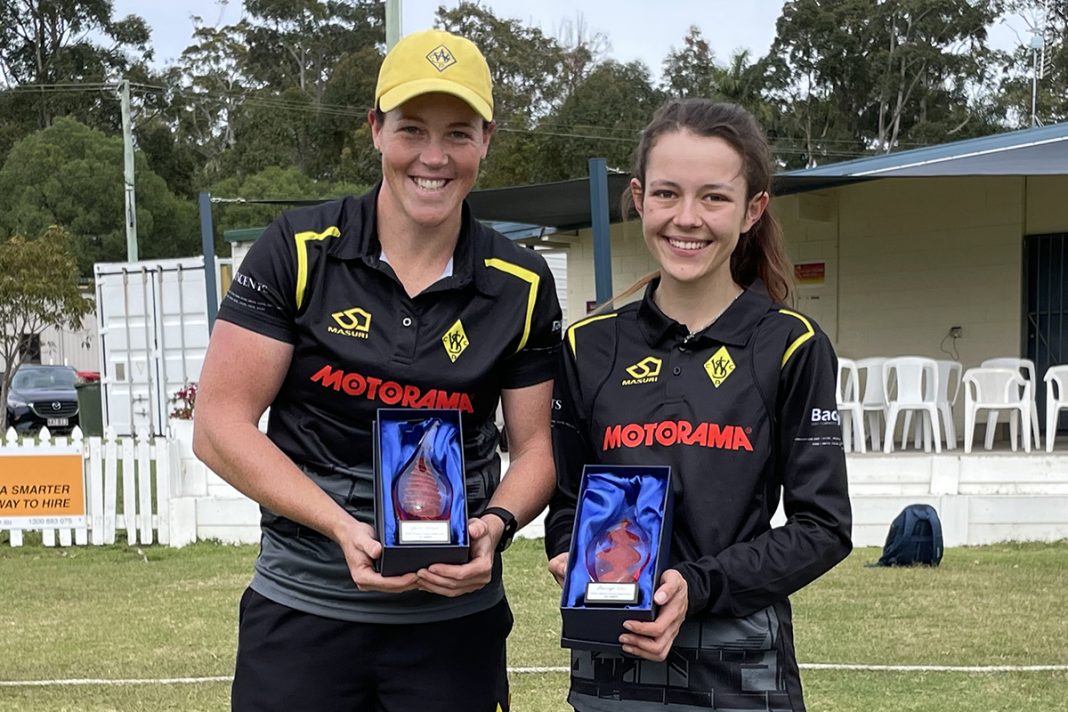 Wests women’s cricketing legends Ashleigh Sims and Grace Harris have chalked up 150 games of women’s premier grade cricket for Wests! Their fantastic achievement was marked in at pre-game presentation on the Sunshine Coast recently.

Ash debuted for Wests in women’s premier cricket in 2013-14 and has racked up a total of 152 games since, including 115 first grade appearances.

Ash’s experience has propelled her to the top of the premier cricket bowling fraternity, with her season performances regularly at the top echelon of the wicket-taking aggregate. She took this to the next level for the 2020-21 season when she took a new competition benchmark for women’s premier cricket by snaring 46 first grade wickets for the season.

Grace first took to the field for Wests as premier player in the summer of 2007-08, and despite spending large parts of subsequent seasons away playing representative cricket for Queensland, Brisbane Heat and Australia, as managed to squeeze in 168 games for Wests, including 156 first grade caps.

Grace and Ash’s achievement is a rare accomplishment. Only three players – Rebecca McCoombes (259 games and still playing!), Kirby Short (198 games) and Kerry Squire (161 games) have previously achieved the 150-game milestone for the club (with the great Katherine Raymont close behind in 148 games!).

Congratulations Ash and Grace and thanks for your loyalty and long service to the club!